The Yanmar Dragon Gold Cup got back on track Tuesday with Russia’s Dmitry Samokhin winning the Börge Börresen Trophy, while Pieter Heerema claimed race two and the overall lead.

Following day one’s lack of wind at Medemblick, which forced the abandonment of racing, day two was a complete contrast with great breeze and two challenging but closely fought races.

The first race of the Gold Cup is sailed for the Börge Börresen Trophy, named in honour of the legendary Danish boat builder who competed in 51 consecutive Gold Cups and won it four times between 1951 and 1985.

On a 2.5 mile long course, in 17 to 20 knots from the north east and under glorious blue skies, the championship finally got underway and rapidly developed into a battle royal amongst the leading boats.

The wind had dropped slightly and was swinging right by the start of race two as rain showers began to sweep across the course.

Heerema led the fleet again at the first mark but this time he had no intention of relinquishing his place and he went on to claim a confident win.

Behind him the fight for second to fifth places was fierce between Gilmour, Danish triple Olympic Medallist Poul Richard Hoj-Jensen, reigning Dragon European Champion Anatoly Loginov of Russia and Andrade.

Their positions were changing at every mark rounding and it was only in the closing moments that Gilmour secured second place ahead of Hoj-Jensen and Loginov, with Andrade fifth. 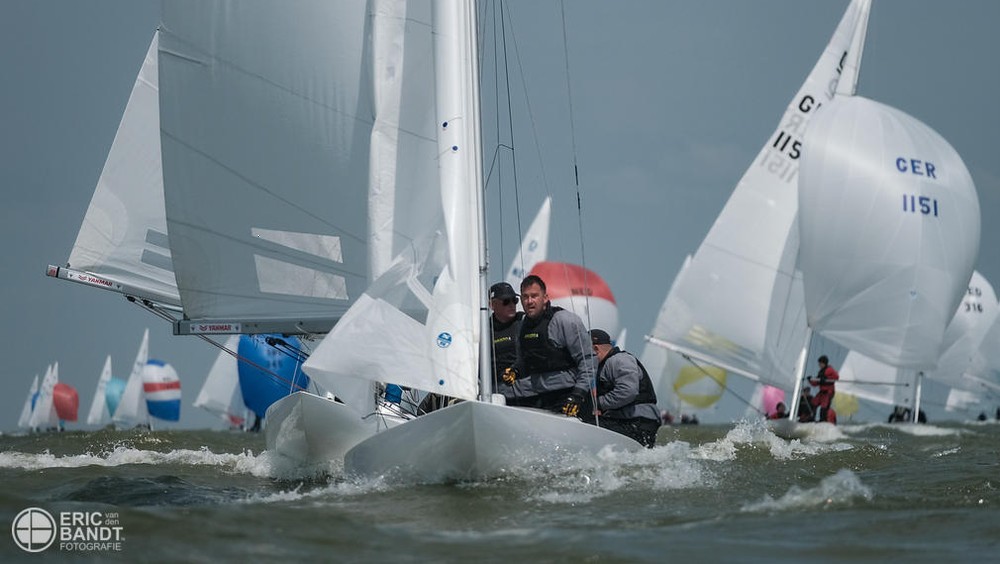 In the overall standings after two races Pieter Heerema, sailing NED412 with George Leonchuk and Lars Hendriksen and Peter Gilmour, sailing JAP56 with son Sam and Yasuhiro Yaji, are tied for the lead on four points with Heerema only heading the leader board on countback thanks to his second race win.

Dmitry Samokhin and his RUS76 crew of Aleksey Bushyev and Andrey Kirilyuk lie in third, four points behind the leaders, and Pedro Andrade sailing POR84 with Christian Giannini and Joao Vindinha is one further point back in fourth.

In tandem with the overall competition, the all amateur crews are also racing for the Corinthian Gold Cup Trophy. Heading the Corinthian ranking after two races is 2013 Corinthian World Champion Poul Richard Hoj-Jensen sailing GBR822 with old friends Chris Brittain and Hamish McKay.

In second place is Sweden’s Martin Pålsson, a past Dragon Corinthian European Champion, while the Bakker family of father Jan and sons Dominic and Oliver are hard on their heels in third. 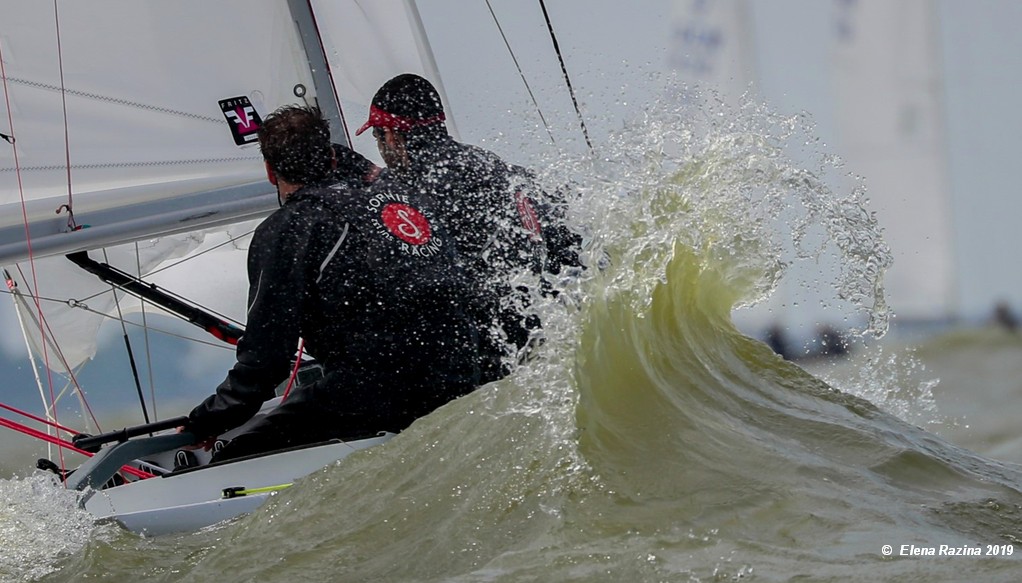 Typically, one race per day is sailed at the Gold Cup as the courses are exceptionally long, with each race taking in the region of three hours to complete, but having lost yesterday’s race the option to run two races was exercised.

The 93 strong fleet went afloat knowing they were in for a long and gruelling day and that was exactly what they got, not returning to the dock until well into the evening.

The forecast for the next two days of the competition threatens very light winds so sailors and race committee alike have their fingers crossed that it will be possible to run race three tomorrow to keep the programme on schedule. The regatta continues until Friday 14 June with a total of six races planned.