After eight (?) races, Mike Holt and Carl Smit of the USA are winners of the International 5o5 Riva-Cup held on Lake Garda.

As of 10:00 hrs Sunday morning no updated results were available, but social media tells us that Malcom Higgins and Nick Johnson of Australia took second, one point off the leaders, and that Canada’s Bob Tennand and Stephen Bourdon moved into third place.

A pity that the 51 strong International 505 fleet did not get better media coverage, as so many had travelled so far to compete.

The 2019 European Championships will be held at the Sønderborg Yacht Club in Denmark from the 6 – 10 August.

Also taking place at the Lake Garda venue was a Korsar class event, won by the German team of Axel Oberemm and Gerd Linnemann.

And a Dyas class event won by Jens Olbrysch and Norbert Schmidt of Germany. 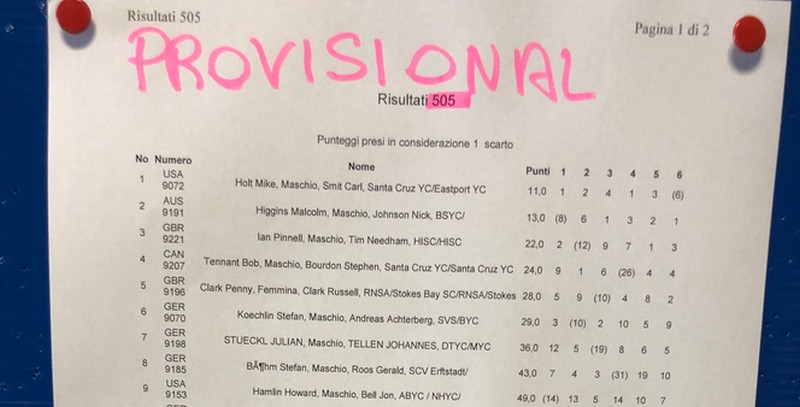