52 Super Series – The Good and the Bad

On day 1 the Roemmers’ family Azzurra team made a very strong start to the Menorca 52 Super Series Sailing Week, with a second and first from the first two races to jump out to a clear early lead.

In light winds, just six to 11 knots of patchy breezes, it was the brand-new, straight-from-the-wrapper Bronenosec that took first blood in Race 1, for Russian owner Vladimir Liubomirov.

With Croatian sailing hero Sime Fantela, the 470 Rio gold medal winner, on helm on what was his first ever 52 Super Series race, Bronenosec led all the way round the course to take the first winning gun of a highly anticipated season.

Azzurra started best in the second race, nailing the pin end of the line to be sure that they – like Bronenosec in the first heat – could not be challenged at all after the windward mark.

Wednesday, day 2 of the series was abandoned when the forecast light sea breeze failed to materialise for the 11-strong fleet of TP52s. 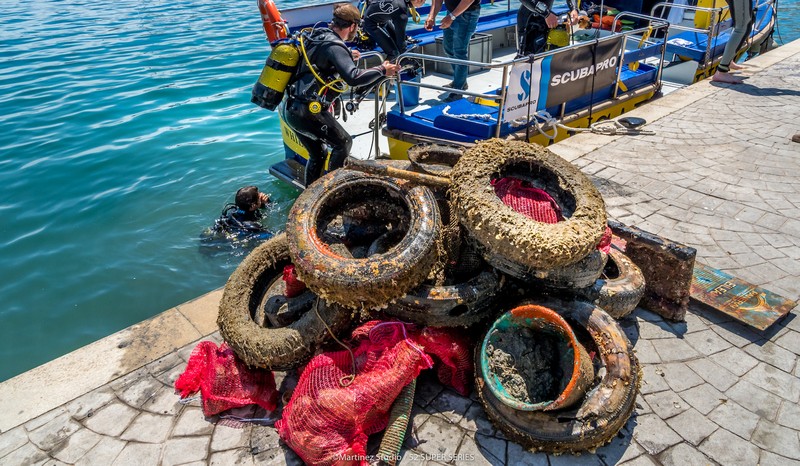 It may not have been a good day for competition but a new initiative to help clean up the seabed around the race docks in the host marinas recovered a significant amount of discarded debris and rubbish thanks to the team’s divers and local divers.