While the Star class Bacardi Cup is coming to a conclusion, it was only day 2 of the Bacardi Invitational Regatta for J/70, Melges 24, Viper 640 and Flying Tiger classes.

Tough and close battles unfolded on the J/70 course, with the top two teams separated by just four points. Italy’s Calvi Network lost their overnight lead after mistakes in their gennaker drop, giving the opportunity for Catapult driven by Joel Ronning to break away into top spot.

But with two races on Saturday the game is still wide open. Surge drops to third place, and sits on an 11 point deficit to second.

Opening their title assault with an impressive three wins Friday was a feat not be repeated by the Melges 24 team on Full Throttle, as they racked up a 7, 2, 11 scorecard.

The American team with Johnathan McKee calling tactics were close to losing top billing on the leaderboard, but with the discard kicking in after race 5, they hold firm. Two points behind are Italy’s Bombarda on tiebreak with Lucky Dog/Gill Race Team (USA) in third. 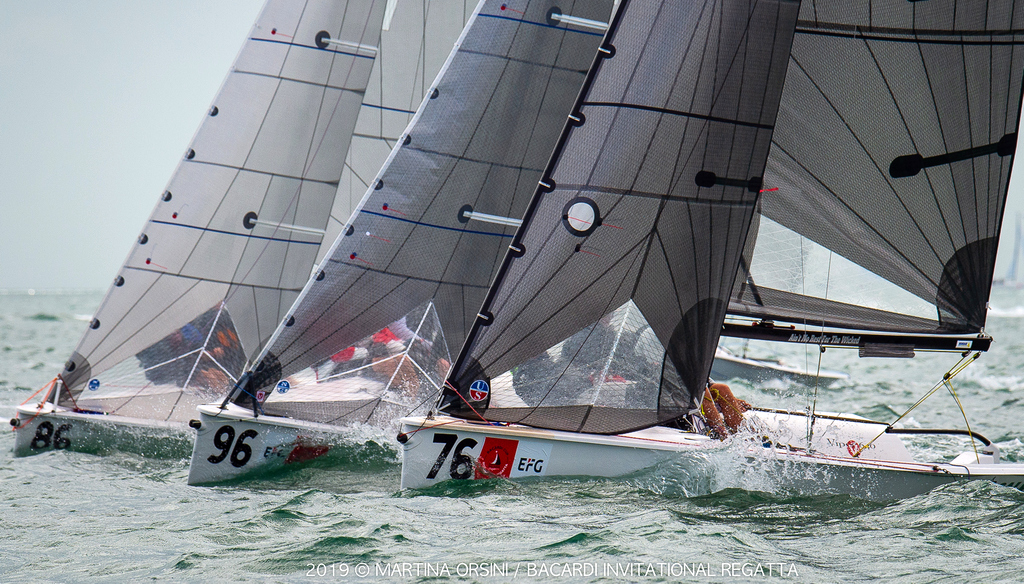 Six races down and three different teams have dominated to claim the wins so far in the Viper 640 fleet.

Three races today keeps GreatScott!slang with Geoff Fargo, Jon Bell and Spencer Steffen out front, as they scored their third win, and hold a two point advantage over Evil Hiss, with Loco X in third.

Three different winners in the Flying Tigers 7.5 fleet sees the charge for victory close in.

Overnight leaders on Neun of Canada scored their third win of the series, and hold their lead by 1 point over the team on Grassy Manatee (CAN).

There is a significant 11 point margin to the third placed team on J.A.C.K.ed (USA), who are super close on points with the rest of the fleet, so the final spot on the podium remains wide open.

Saturday 8 March is the last day of the Bacardi Invitational Regatta, for all classes.