Simon Horsfield and Katie Burridge put together a stellar set of scores in their 2000 dinghy to win the 10th edition of the Selden SailJuice Winter Series.

They join an illustrious group of top-class sailors – a mix of national and world champions – who have won in a variety of boats. Nine different types of boat have won over the past decade, the only repeat class being the Merlin Rocket.

Horsfield and Burridge will be the stars of the show at the Selden SailJuice Winter Series prizegiving which will be held at the RYA Dinghy Show, Saturday 2 March at 10.30. There are many other category winners in the many Series within the Series, so please come along and support them at the prizegiving. 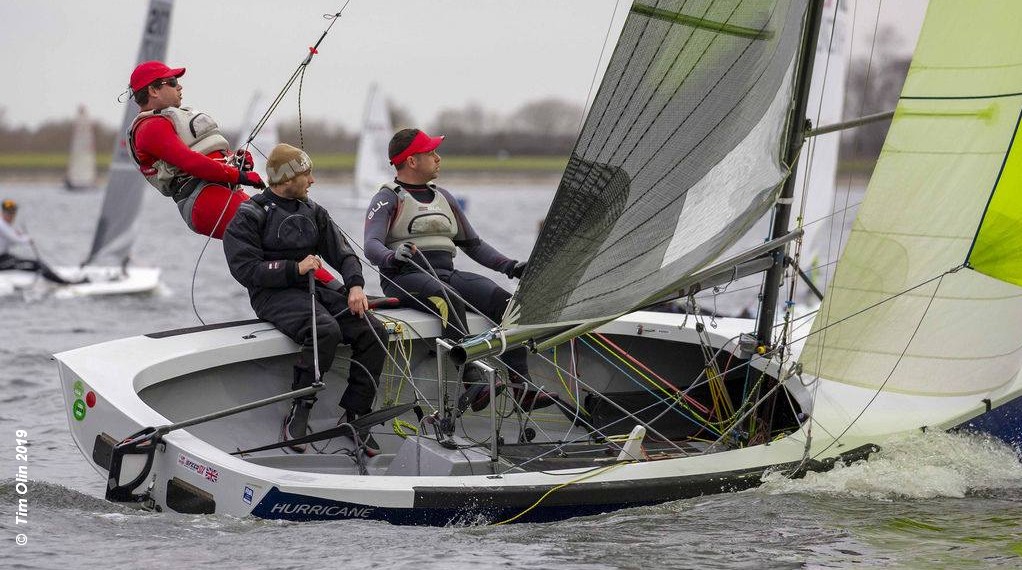 The top 10 sees nine different classes represented, including some rare ones like the National 18 which came second, sailed by Peter Gray, Richard Pepperdine and Simon Forbes.

Also the retro-futuristic Norfolk Punt which father and son team of Colin and Oly Murray raced to 7th overall. They were also the top family team in a growing trend towards parents and children racing together in the Series.

The 10th Anniversary of the SailJuice Winter Series saw growing numbers, with nearly 600 entries, involving 1,000 sailors from 92 different classes, representing over 300 clubs. The number of qualifiers was up 47% to 50, with more people doing all seven events.

The next event is the King George Gallop (16-17 March). Online entry is open, so book your spot now.