We are just at the start of the 2022 season but already the major International regattas are rolling out their event programmes.

Kiel Week, which has struggled with the Covid restrictions over the past couple of seasons is back to a full programme . . . with 8 Olympic disciplines, 15 international classes including World Championship, Gold and Euro Cup events as well as Offshore sailing are the highlights of Kiel Week 2022.

After two pandemic-related postponements to September, the Mecca of sailing is back on its traditional June date in the summer and hopes for no or as few as possible restrictions and limitations due to COVID-19.

The optimistic aspect of this Kiel Week is to provide the “old” sailing and event feeling last experienced in 2019. 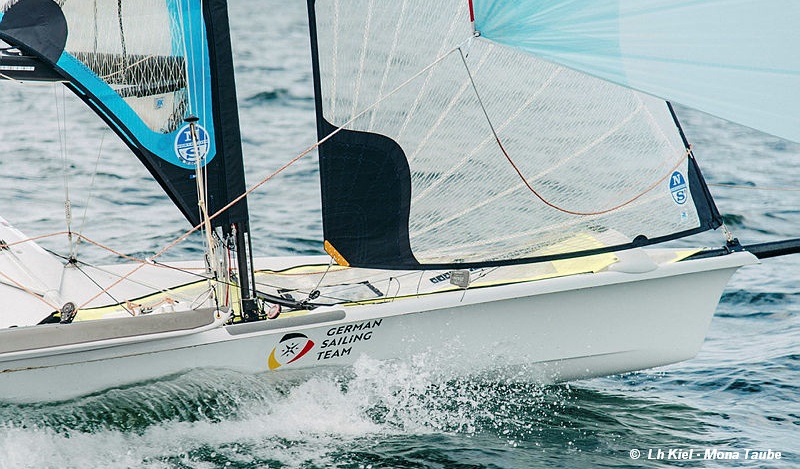 The numbers and the span of the racing for Kiel Week are amazing.

From 18 to 26 June, the organizers at the Kieler Yacht-Club and their partners expect up to 4,500 sailors from more than 50 nations.

Starting with the international part (18-21 June) on a total of nine race courses, including the 2.4 metre, Contender, Europe, Finn, FD, ILCA 4 and ILCA 6 (open m/w) as well as OK dinghy and the foiling Waszp.

And then from Wednesday 22 June the Olympic classes (no kites) with their medal races to be broadcast live on the final day (26 June) on the TV track close to the shore in front of the Kiel-Schilksee Olympic Sailing Centre.

World Sailing has kept this period clear of other top-level Olympic class sailing, so it will be interesting how many potential Paris 2024 British Olympic team sailors make it to Kiel . . . there seems little International action for them in the UK.

At the same time the international Musto Skiffs come to Kiel for their 11th World Championship and from the 23 June the 420s, J/24 and J/70 will race. 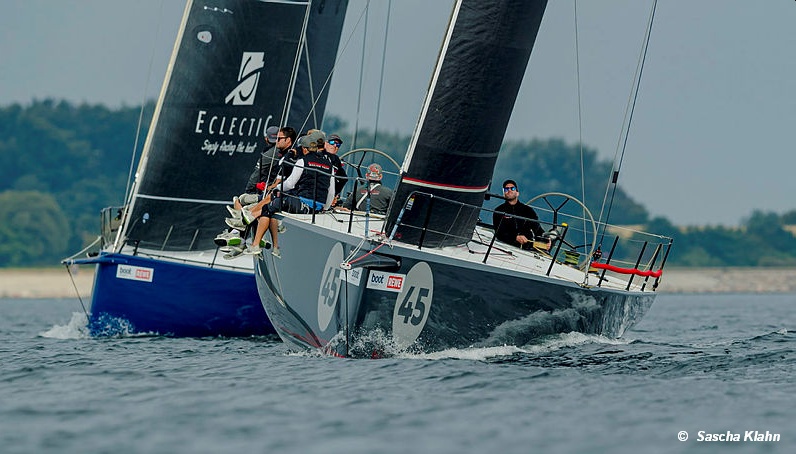 As well as all this dinghy and inshore keelboat action the offshore boats start with the Aalregatta on Saturday 18 June.

This decades-old trademark race starts on Saturday morning in the Inner Fjord of Kiel and finishes at the Sailing Club Eckernfoerde with smoked eel.

After the return race on Sunday, the three-day Kiel Cup will feature only two races per day instead of three. The first will be an up-and-down course over about two hours; the second will take three and a half hours around the cans on Kiel Bay.

Another new trend that is included by Kiel Week this year is the Senatspreis for double handed racers, on Thursday 23 June.

Surveys have shown that recreational fun was at the top of the requirements, along with sporting value.

Festivities around the event area in Schilksee, which was frequented by around 80,000 guests and sailing fans in 2021, even with the Covid rules then in place, is to be no less joyful in the 140th year of Kiel Week, 50 years after the 1972 Olympic sailing competitions in Schilksee.