The 2021 5.5 Metre German Open at the Verein Seglerhaus am Wannsee (VsaW) was decided by a single sailed race.

New Moon II (BAH 24) of Mark Holowesko, Christoph Burger and Peter Vlasov took the German Open on the result of Friday’s long distance race, the only race sailed all weekend.

Both Saturday and Sunday were lost with no wind. After weeks of good breeze in Berlin there was disappointment all round.

The fleet of 15 5.5 Metres in Berlin was certainly a mix with just five moderns, and a range of Evolutions and Classics, but one of the boats that certainly caught the eye was Sünnschien (GER 17) of Uwe Baykowski, Sabine Kupfer and Michael Schulz.

This boat was awarded the Concourse d’Elegance for the most beautiful boat at the event. 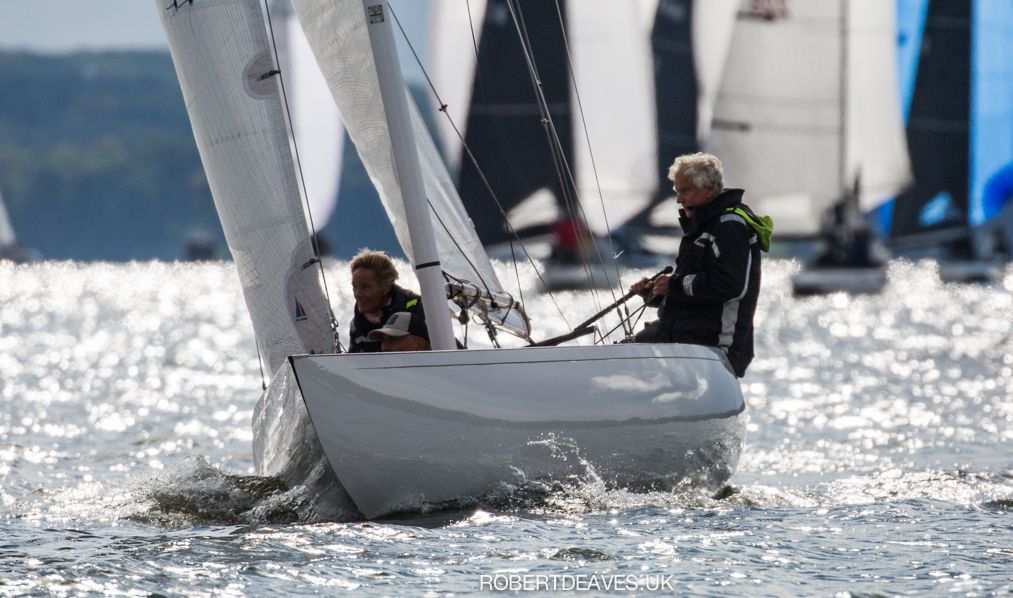 Sünnschien was most successful German 5.5 Metre boat in Olympic times, getting fourth in Acapulco in 1968.

A Briton Chance design, and built in Ontario, Canada in 1967, she was renovated by the current owner Uwe Baykowski, from Kiel, after finding her in very poor condition in The Netherlands.