Mateusz Kusznierewicz and Bruno Prada wrapped up their assault to defend their title by claiming two more race wins on Saturday to walk away with the 94th Star Bacardi Cup on an all-win scorecard.

An overwhelming display of dominance from Kusznierewicz and Prada (POL 8584) made Bacardi Cup history, as according to event knowledge, never before has a team recorded an all-win scorecard.

Despite their record breaking scorecard the race track didn’t always go their way, as twice they had to play catch up to secure their wins!

Not today though, as they again led from start to finish on Biscayne Bay in what can only be described as an unsurpassable event for the pair. To win with a win as a discard is simply once in a lifetime stuff!

“Since we left Miami last year after a beautiful Bacardi Cup so many things happened and we were looking forward to come here again and we managed to do this,” said Kusznierewicz. “It was not easy to get to the United States for Bruno from Brazil and me from Poland, but we made it and we experienced such nice sailing conditions, such nice hospitality.” 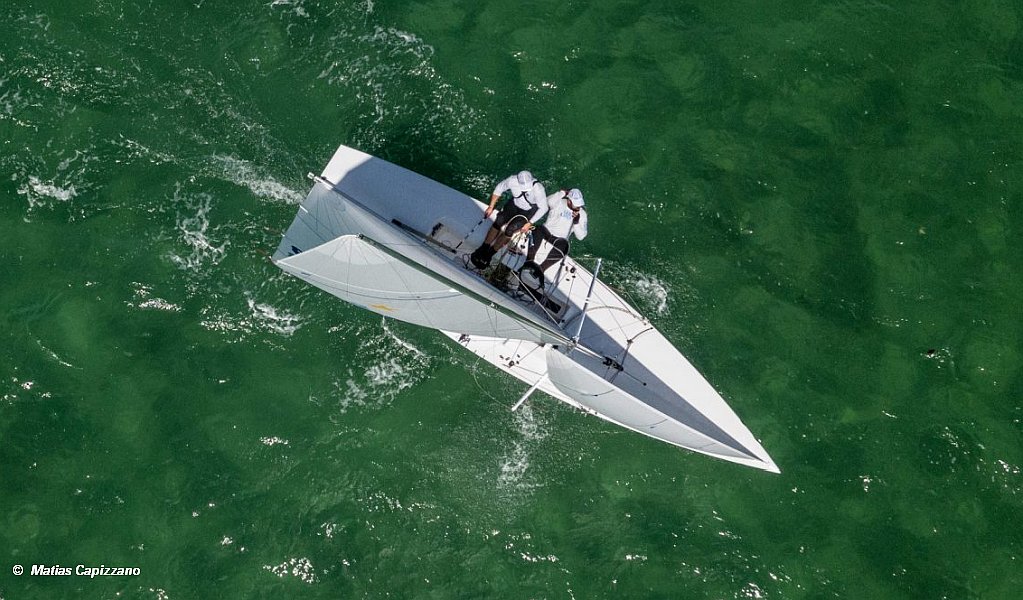 As Kusznierewicz and Prada yet again shared the honor of sipping Bacardi Rum from the perpetual Bacardi Cup Trophy and the Tito Bacardi Cup, division prizes were also presented.