The first signs of the trade winds sees Alex Thomson easing clear of Jean Le Cam overnight to lead the Vendee by 23.5 miles this Sunday morning.

The NE’ly trade winds should increase progressively through Sunday and the leaders will be on this port gybe for at least four or five days.

After one, or perhaps two sail changes today it will be fast, steady miles directly southwards to the Doldrums.

The good thing for Thomson and Le Cam right now is that they largely have their main rivals following in their wake. There are no strategic options for the next few days and so it is very much a speed race south, and the leaders should get richer initially.

In the trade winds, when the wind stabilizes in the northeast, the foilers will be able to move away.

In the meantime, the Franco-British duo remains in the lead, a good fifty miles ahead of a pack of pursuers.

But behind there is the main dozen strong peloton from third placed Benjamin Dutreux, to 16th placed Sébastien Simon, all within about 130 miles of each other.

To the south-east of the Azores, it is still light winds for six boats at the back of the fleet that have struggled to get clear of an area of ​​light winds.

This morning, Miranda Merron, Ari Hussela, Alexia Barrier, Armel Tripon, Clément Giraud and Sébastien Destremau were between 600 and 770 miles behind the leaders. Merron crossed Huusela’s path and they chatted on the VHF.

On board temperatures are rising. It’s over 20 degrees outside. The fleeces have been stored in the boat and sailors work the deck when needed in shorts and T-shirts. 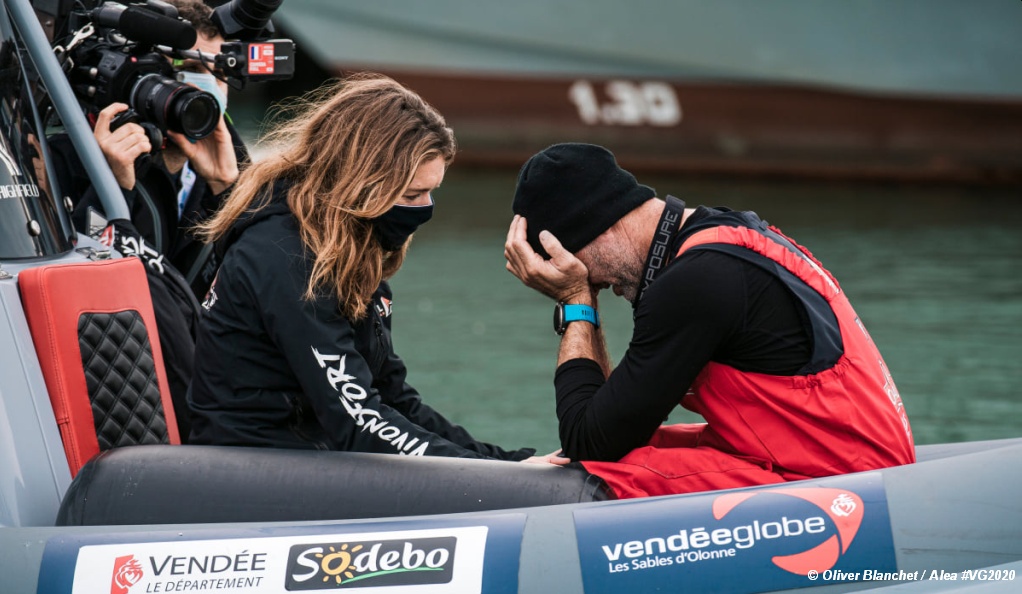 Charal skipper Jérémie Beyou now docked back in Les Sables d’Olonne for repairs is 1,652 nm behind the leaders.