Giles Scott has his sights set on making history by winning the 36th America’s Cup for Britain with INEOS Team UK in Auckland followed up by winning the last ever Finn gold medal at Tokyo 2021.

He’s currently competing at the highest level on the Olympic circuit alongside his America’s Cup duties – preparing for a tactician role on the AC75 – a similar role that he under took in Bermuda for the 35th America’s Cup racing in the ACC.

Giles is used to balancing the two programmes, having run a dual AC cycle and Olympic circuit last time around but first up was gaining selection for the British Olympic spot.

Giles Scott’s journey to glory could not have started less promisingly.

“I don’t come from a particularly sailing-orientated family. My parents had sailed in the past but only the odd holiday here and there. They chartered a boat in the Caribbean for their honeymoon, but that’s about the extent of the sailing they did.”

Giles started sailing aged six at Grafham Water Reservoir and did a beginner’s sailing courses there in an Optimist.

He then started racing in the Topper, and won a Topper Nationals in 2001, when he was 13 or 14. He made the national squad and did two years, then in the final year was finally performing well.

After a blistering Junior and Youth career in Toppers, Laser Radials and finally the Laser, Scott won the ISAF Youth Worlds in South Korea in 2005.

One of the immediate and automatic outcomes was promotion to the RYA’s Olympic development squad with access to coaching and funding. A lot of people might be inclined to throw in their all at it at this point, but instead, Scott went to university, where he studied geography.

He wasn’t part of the sailing team at university, wanting to lead as much of a normal uni life as he could . . . a degree was some form of backup.

Still sailing his Laser, he finished top Brit at the 2006 World Championships after year one of University. Straight after that Worlds, he moved into the Finn having outgrown the Laser . . . Giles is now 6ft 6in.

“I sat down in his house and he told me how the world works for an afternoon, told me what I needed to do. I went and got Sid’s best guess at the kit I needed, and I guess it wasn’t that bad because I use very similar kit to that now.”

Scott finished University in 2008, but not before working with Ben Ainslie as a training partner both in Australia and Qingdao ahead of the 2008 Olympics.

Giles Scott’s battle with Ben Ainslie for selection for the London Olympics has been well documented. Scott pushed Ainslie very hard but in the end, there was only one choice the selectors could make.

“I didn’t have that drive and enough need, and that was the biggest fundamental change that I made when I decided I wanted to go to Rio 2016.”

But even as Ainslie had closed the London Olympic door shut, other doors had opened for Scott.

He joined Team Korea and then Luna Rossa for the 34th America’s Cup.

“I was completely out my depth having sailed nothing but Finns. I took to racing quite easily, but all the boat handling and crew mechanics, I was terrible at, so I was on turbo learning throughout 2013.”

Luna Rossa’s America’s Cup challenge was over at the end of August 2013 when they were beaten by Emirates Team New Zealand in the Challenger Finals. By October, Scott was back home and full-time in the Finn.

Scott then sat down with his coach Matt Howard and set out a campaign document where they looked at what they thought a Finn Olympic gold medallist was going to look like in terms of skill set, kit, physical qualities, body weight. 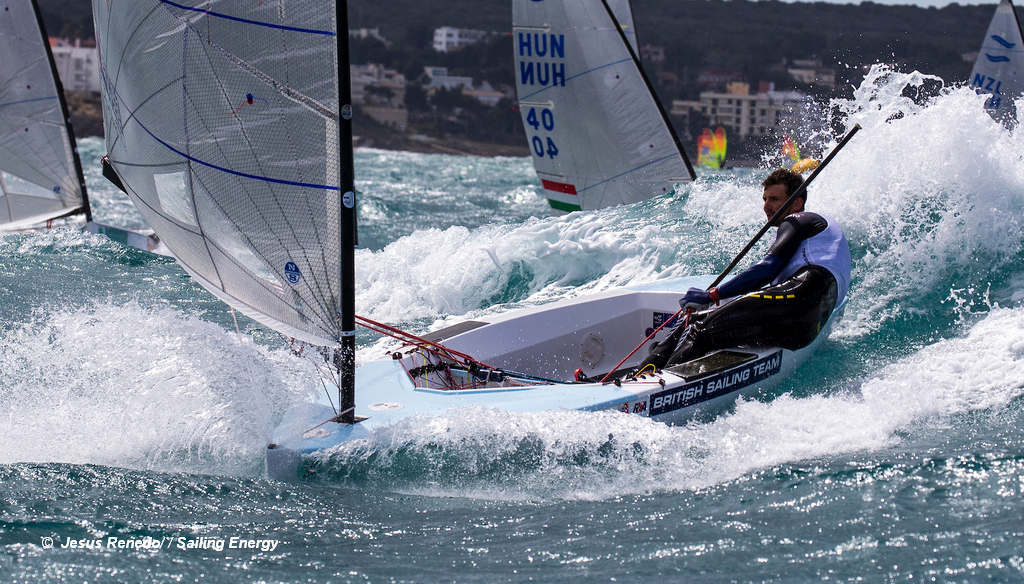 Scott’s record from there to gold in Rio was every bit as dominant as Ben Ainslie’s in his pomp.

He won every event from the autumn of 2013 through to the end of the Olympic Games with one exception, a silver medal at the Trofeo SAR Princesa Sofia.

Unsurprisingly, by late 2014 Scott was a target for other America’s Cup teams.

“So I gave Ben a call and said, ‘Are you interested?’ We’d always raced against one another, but never together. Then two weeks later, I’m on a contract and I was in, and in a situation that I was very, very happy with, because they worked with me to do both campaigns.”

On a personal level it was a real career-defining 12 months. To get a shot at an Olympic medal – which he managed to do – and then roll straight into the chance of winning an America’s Cup.

“Not many people get that chance. It felt like such a big break, a big opportunity.”

And then, Scott found himself at the 2016 Rio Olympics, with just one week to make the dream come true . . . and the rest is history.

“I think my approach now has become much more ruthless, both in terms of ruthless on others, and ruthless on myself. Before it was a bit of a question, ‘Should I do this? Do I have to do that? Is that really necessary?’

“I think the ruthlessness was always there but it was buried. I obviously had to draw upon it.”

And now he has the chance to do it all over again . . . “There was never any doubt that I wouldn’t stay with the team and go again.”

Phil Sharp returns to Figaro 3 with the Solo Maitre Coq