With the launch of Corum L’Épargne in Port-la-Forêt on Tuesday, the latest generation fleet of Imoca foilers built for the Vendée Globe 2020 is now complete.

Nicolas Troussel’s Imoca is the eighth to be launched.

The prototype designed by Juan Kouyoumdjian and built under the management of Mer Agitée, Michel Desjoyeaux’s company, is distinguished by the curved shape of the coachroof.

Skipper Troussel now has less than six months to go to learn his boat before the start of the race which is scheduled for 8 November 2020.

A final decision will be made about the November start of France’s ‘Everest of sailing’ on 15 June in collaboration with the IMOCA class and SAEM Vendée.

A qualifying race is scheduled to start from the French Port of Les Sables-d’Olonne on 4 July, if Covid-19 restrictions allow. 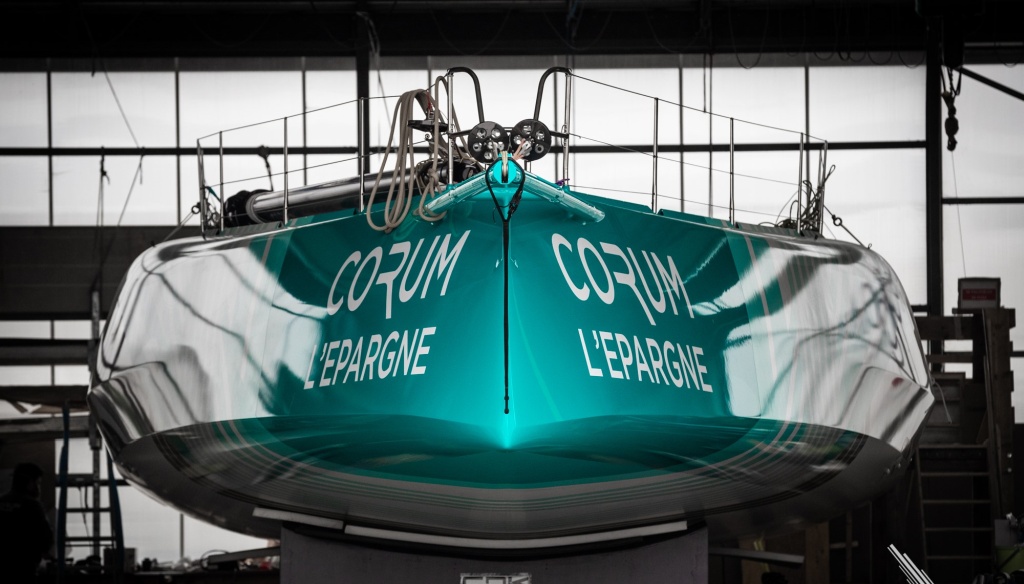