Starting the second day without a win to his name, Ted Blowers and his team from Great Britain had an exceptional resurgence.

This puts Blowers in the six team repecharge, but with only two more quarterfinal spots up for grabs.

Blowers: “Things honestly just finally went our way. We’ve been incredibly unlucky to lose four or five races on the line, and even if we had won just one of those we could be through to the quarters.”

“But today things went in our favour and to get five wins was a good result so hopefully things go our way again tomorrow.”

In the completed Round Robin racing, Australian Finn Tapper is the only one to come through unscathed, winning all his eleven matches and cementing his spot as top seed heading into the quarterfinals.

James Hodgson AUS and Jordan Stevenson NZL are the next best with eight wins each, in fourth place is Nick Egnot-Johnson (NZ) and his RNZYS PP KNOTS Racing with seven round robin wins.

Aurélien Pierroz FRA and Emil Kjaer DEN both finished on six wins a piece, which places them fifth and sixth respectively, and seals their spot in the top six. 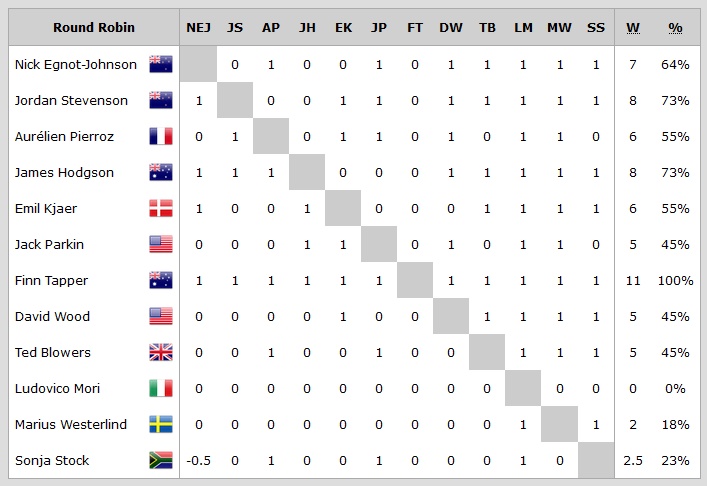