You thought it was cold this morning?

You might think that the frost on your lawn this morning heralds a cold walk to pick-up your morning newspaper!

But over on Lake Orsasjön DN Sweden is rejoycing at the sun and 10-15 cm thick black ice that welcomed the iceboating veterans for the 2020 edition of the Grand Masters Cup . . .  the special event exclusively for DN sailors who have passed the honourable age of 60.

It’s a three day event held 21 to 23 January and apart from the age requirement this event is also subject to another unique rule regarding the propulsion:

From the starting signal to the crossing of the finishing line all sailors must always have one foot on the plank while “kicking” with the other foot to pick up speed during the start or from a “stand still” on the course.

The idea behind it is of course to enable sailors with a limited ability to run to compete on a more even basis. 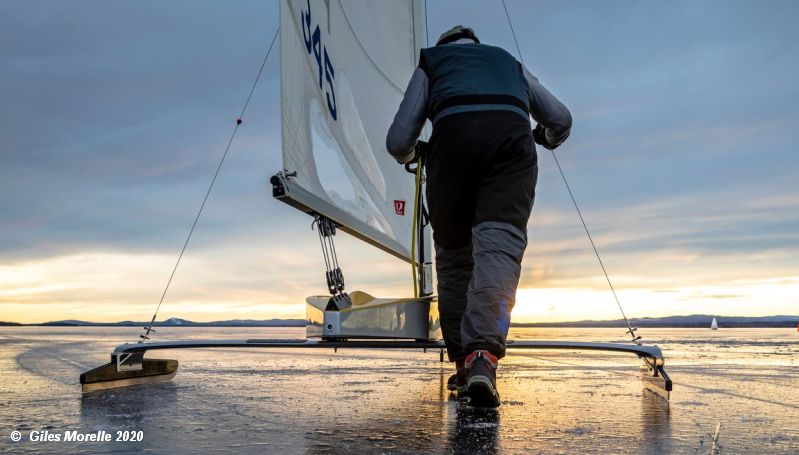 After the first day of racing completed in an ever increasing breeze., three races were sailed on the fast course of a frozen Lake Orsasjön.

S-713 Richard Gustring leads the fleet of 28 sailors from all around Europe with a very consistent score of 1, 2, 3, ahead of S-441 Hans Eriksson and G-890 Holger Petzke.

It is worth noting that a certain David ‘Sid’ Howlett from Warsash SC is holding a very strong tenth place overall. 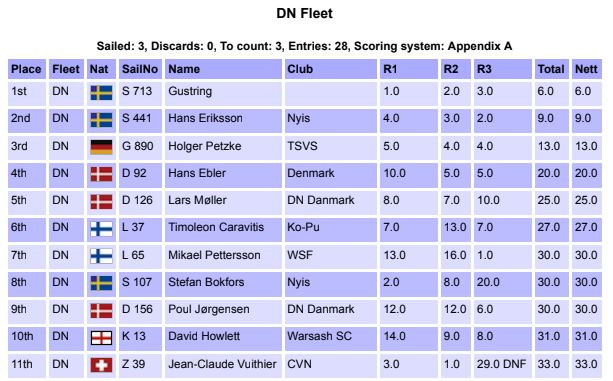