The Royal Ocean Racing Club (RORC) has announced that Cherbourg will host the finish of the Rolex Fastnet Race for the 2021 and 2023 editions of the biennial race.

The traditional 608nm course from Cowes via the Fasnet Rock to finish in Plymouth, UK, will be increased to 695nm to finish in Cherburg, France.

The RORC move is to encourage and secures the future development of the race and open it to more competitors – in 2019 the race had a waiting list of 150 boats. 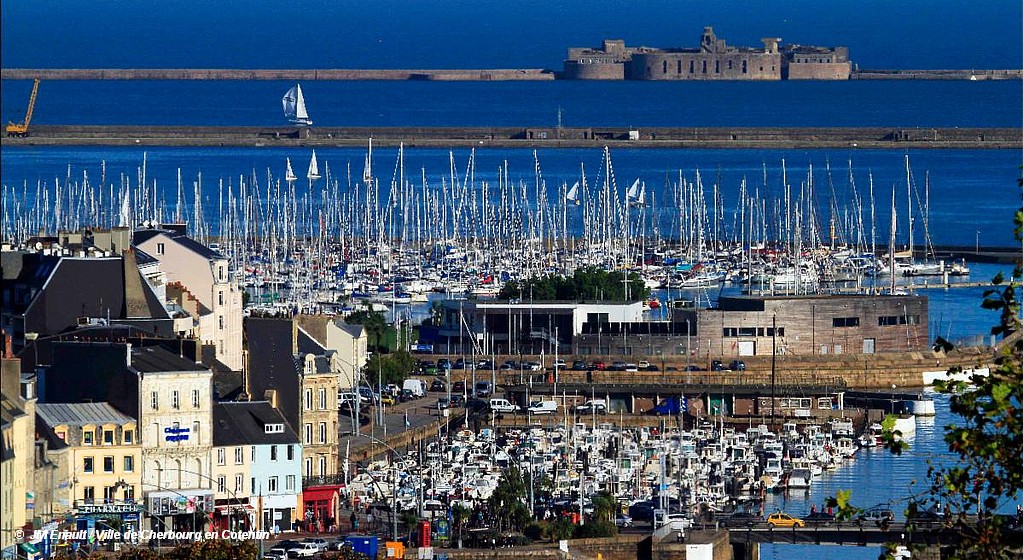 Speaking about the benefits of Cherbourg as the finish venue, RORC Commodore, Steven Anderson, said:

“It is an exciting time for this iconic and extremely successful race. The enthusiasm of the French for offshore racing is legendary, and the City of Cherbourg-en-Cotentin, The Communauté d’agglomération du Cotentin, the Conseil départemental de la Manche and Normandy Region have been hugely passionate and committed partners in this initiative.”

Entries have been limited in recent years because of berthing constraints in Plymouth, but Cherbourg can offer significant additional berthing and improved facilities for competitors.

A Race Village and many festivities have already been planned in Cherbourg-en-Cotentin to invite Normans and sailing enthusiasts to take part in this great ocean festival.

However, non-IRC boats were allowed to enter for the first time in 2019, most of which hailed from France, the rest as they say is history!

All entries for the 2019 race were filled within four minutes and 37 seconds when entry opened.