Finishing the final day tied on points with Nico Poons’ Charisma, Igor Lah’s Team CEEREF with a final day scoreline of 4, 1, 1, did enough to sneak past Charisma to clinch the final regatta and win the 2019 44Cup season by two points.

“I was sure it was impossible,” said a beaming Igor Lah, who only found out he’d won overall when they docked at the Real Club Nautico de Palma. “It was just mathematically possible and it looks like maths was on our side today!” 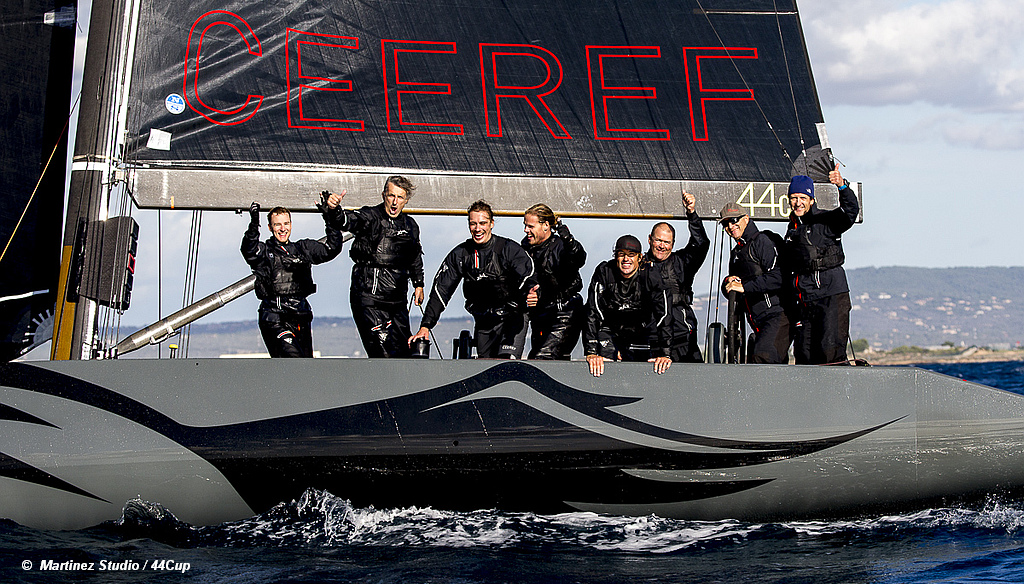 For defending 44Cup champion Nico Poons, this was his best result of the season (alongside second at the Adris 44Cup Rovinj).

It was also a third podium finish this season for Torbjörn Törnqvist’s Artemis Racing.

Despite their disappointing result in Palma, two event wins for Chris Bake’s Team Aqua this season meant that they finish the 2019 44Cup second overall, with Vladimir Prosikhin’s Team Nika tied on points with them, but third on countback.

The 44Cup resumes in 2020 in Portorož, Slovenia at the end of April.