The 32m long Ultim trimarans laid on a spectacular finish in this 48th Rolex Fastnet Race resulting in MACIF being pipped at the post by Maxi Edmond de Rothschild in Ultim competition.

MACIF, the leader since rounding the Fastnet Rock earlier this morning, being beaten to the finish line in the last breath of the race by her arch-rival Maxi Edmond de Rothschild.

The difference was that Maxi Edmond de Rothschild was able to foil into the favoured end of the finish line off Plymouth breakwater, whereas MACIF was not able to, crossing the line just 58 seconds after.

In fact the two giant Ultim trimarans were never more than four miles apart throughout the race although there was a near split as they appeared to make easy meat of yesterday evening’s wind transition zone into the new southwesterly breeze.

For their endeavours the Maxi Edmond de Rothschild crew won the line honours multihull trophy and were presented with a Rolex timepiece, ashore at Plymouth Yacht Haven.

Racing on board MACIF was Jimmy Spithill, the last minute replacement for Pascal Bidegorry, who stood down with a back injury. “That was my first Fastnet. It was quick – I probably won’t ever do it quicker than that!” said the America’s Cup winning skipper. “The power of these boats is incredible because they are big machines. With other foiling boats your limit is waves but with these, because of their scale and the shape of the foils, you can push them hard.”

Thomas Coville’s Sodebo Ultim 3 finished 1 hour 24 minutes after the leader, having been left behind by the lead duo in the transition yesterday evening and then when the leaders were first to the strong breeze crossing the Celtic Sea this morning. 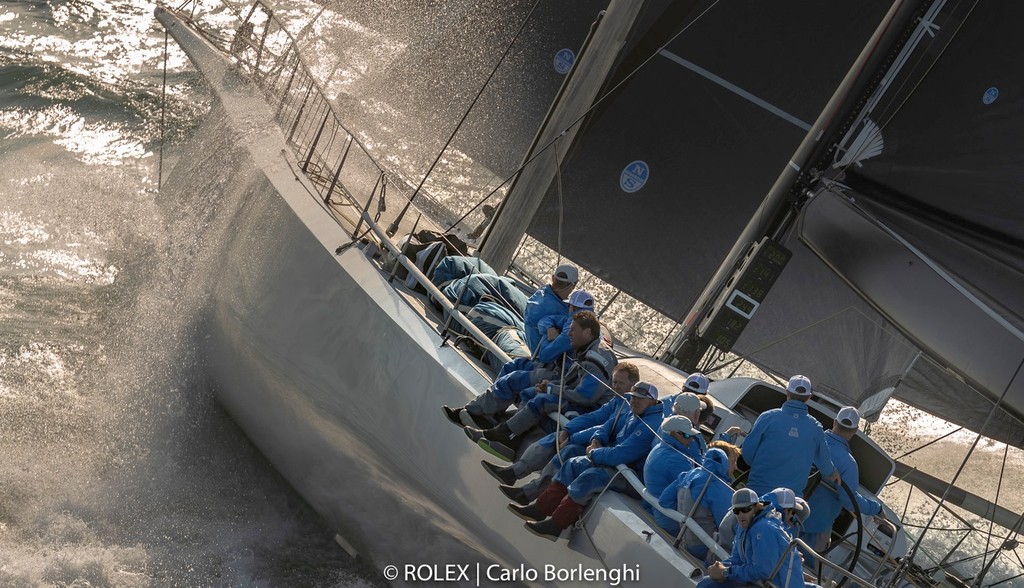 Further records to the Fastnet Rock fell this Sunday with George David’s Rambler 88 maxi rounding at 16:45:47.

However the VO70 Wizard, campaigned by Baltimore-based brothers David and Peter Askew, is at present fastest to the Fastnet Rock under IRC corrected time and now holds a solid lead both in IRC Z and overall at this still early stage of the race.

The monohull frontrunners rounded the Rock in 25-30 knots, the biggest southwesterly breeze seen so far in this race.

The next group to reach the Fastnet Rock will be the first IMOCA 60s where it is the new generation Charal sailed by Jérémie Beyou and Christopher Pratt which has pulled out an 8 mile lead over Sam Davies and Paul Meilhat on board Initiatives Coeur.

The majority of the smaller classes setting out into the Celtic Sea tonight have a fast, breezy crossing ahead of them with reaching conditions in winds of around 20-25 knots.

Cadet World Title for Finsterbusch and Barone of Argentina