Spirit of Whitbread Round the World Race set for 2023

The spirit of the Whitbread Round the World Race is back with the announcement of the 2023 Ocean Globe Race (OGR).

Organised by Australian adventurer Don McIntyre along similar lines to the highly successful 2018 Golden Globe Race, which he also founded, the retro event starting from a European port on 10 September 2023 celebrating the 50th anniversary of this major milestone in adventure sailing.

The proposed 2023 Ocean Globe Race will follow the original Clipper ship sailing route around the Globe, just as the Whitbread Race did in 1973.

The course traces the classic four-leg route from Europe to Africa and on to Australasia, then back via a South American port: 27,000 miles and seven months passing under the three great Capes with Cape Horn the prize for most. 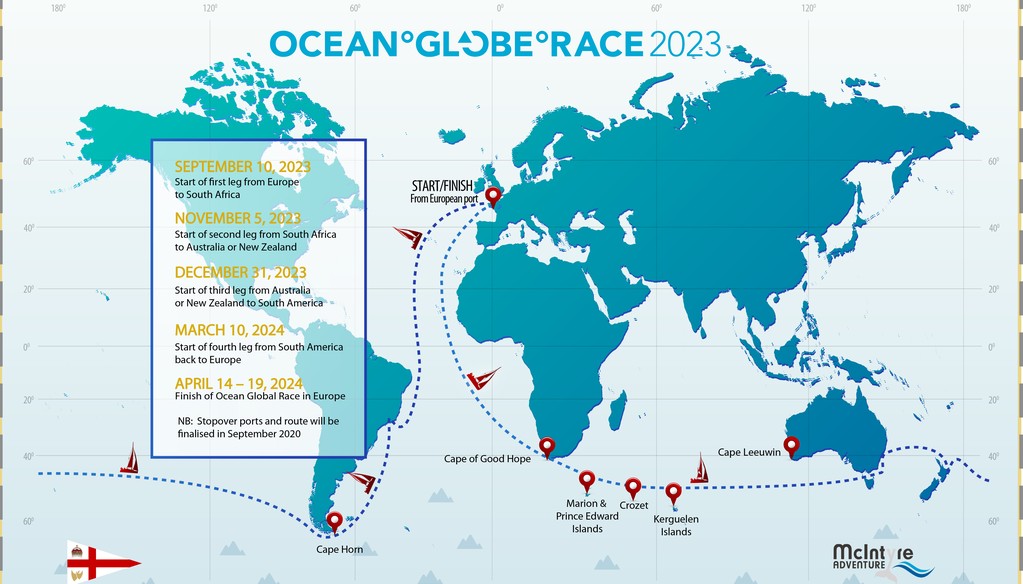 The final course will be published in late 2020, together with the Final Notice of Race. Cities in the UK, Europe, South Africa, Australia, New Zealand, Argentina, Uruguay and Brazil are being invited to bid to host the ports of call.

Like the 2018 Golden Globe Race, this new fully-crewed challenge is equally retro.

That means no high tech materials, computers, satellite systems (including phones and GPS), as well as mobile phones. Navigation will be limited to sextant plots on paper charts, communications via SSB and VHF radios, and music will be played on cassette tapes.

A ‘reasonable’ budget for a competitive entry is estimated by Don McIntyre as a capital outlay of Euro$325,000, with the crew contributing the total operating cost around the world, food and maintenance.

The fleet is limited to a maximum of 30 yachts and the Race will be sailed under the International Collision Regulations.

Laser Radial Youth Europeans - Day 1 was a bit too windy