Following the World Sailing proposel for a new event for the 2024 Paris Olympics – a double-handed, mixed-gender distance race – the sailing community exploded with controversy.

While World Sailing has now issued an Urgent Submission at its Mid May Meeting in London (17 to 19 May) to try to put some realistic structure to the bare-bones of the original proposel, the Oakcliff Sailing training centre in the USA has carried out an interesting demonstration of a possible race format.

One of the problems raised, apart from the cost and choice of a suitable boat, was that the media coverage just wouldn’t work within the stringent time constraints of broadcast television.

Oakcliff Sailing accepted the challenge. They designed a race to prove it could be done.

Oakcliff Fleet Captain Greg Adams spearheaded the effort and ensured that the modifications did not take the boats out of one-design specifications.

Oakcliff Race Program Director Patrick Burks designed the race course and wrote the Sailing Instructions so that the Principal Race Officer (PRO) could lengthen or shorten the course to have the racers finish as close to 5pm EST as possible, which was determined to be an optimal viewing time. 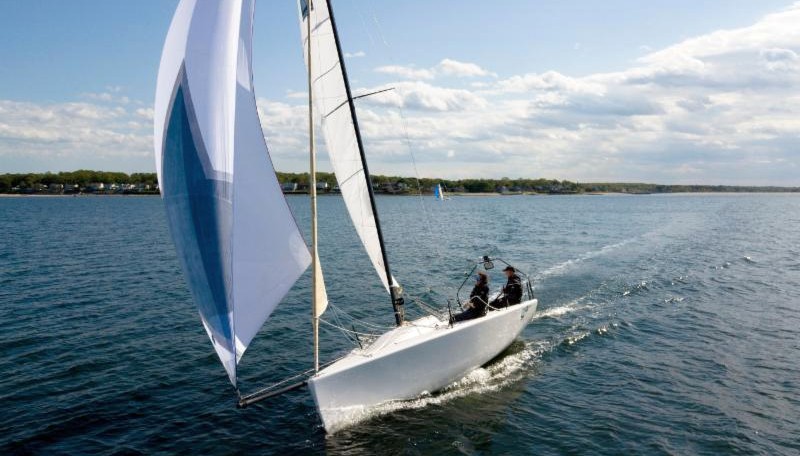 The race began at 3:14pm on Tuesday, May 14 and took competitors across Long Island Sound and along the Connecticut shoreline to round Falkner Island some 45 miles to the West.

For over 24 hours, the racers battled through a mixed bag of conditions that included biting cold rain, fog, no wind, reefing conditions, and a picturesque North Shore sunset for the finish in Cold Spring Harbor.

Meanwhile, the Oakcliff support team was following the racers around the course in a 32-foot lobster boat equipped with a KVH Tracphone that housed all of the media and race management systems. They towed a RIB and monitored commercial traffic to ensure the safety of the racers.

The first place team, which consisted of Oakcliff’s Training Program Director Ethan Johnson and Cat Chimney, crossed the finish line 25 hours and 46 minutes after the start.

Less than a minute later, two more teams finished after a classic match race duel right before the line that put Rebecca Emily Coles and Paddy Hutchings over the finish line just half a boat length before Ella Boxall and James Harayda.

Both of these teams traveled from the UK for this race and hope to represent Great Britain in the 2024 Olympics in the inaugural offshore event. 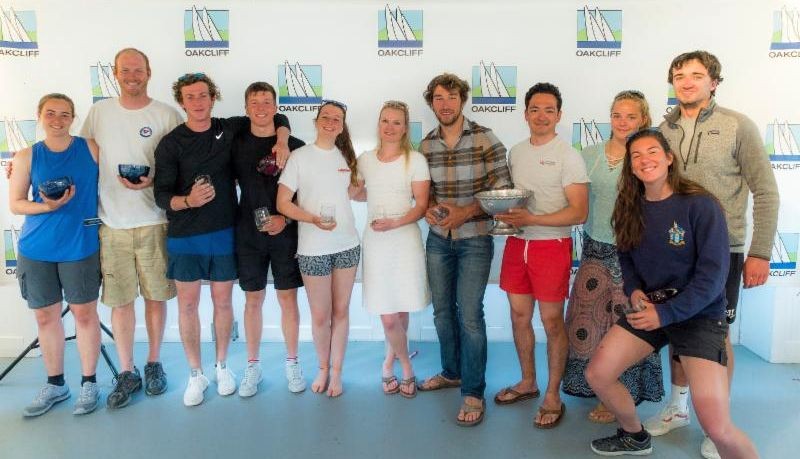 Much to the delight of Burks who served as PRO for the race, the first boat crossed the line at 5:00 pm exactly and the video footage garnered more than 22k unique views on Facebook alone.

With the exception of one camera that went down from moisture damage in the torrential rain, all of the onboard cameras transmitted reasonably steady streams for nearly the entire race.

Oakcliff Media Manager Francis George worked with Dig Down Media to test and develop a system that leveraged only affordable, consumer-grade equipment for the onboard live streams.

Each boat was equipped with an Android cell phone, a HotSpot, and three apps: Speedify, TeamViewer Host, and Wowza GoCoder. The total cost of the hardware, software, and data was just $605 (£475) per boat.

OMEALS provided food packets that require no hot water to cook but instead use a water-activated heating element. This circumvented the need to handle hot water on the boats which would’ve been cumbersome and dangerous.

Oakcliff has reported the results of their event to World Sailing and is looking forward to hearing their reaction to the event.

NOTE:
Oakcliff Sailing is an adult and youth training center for athletes who have progressed beyond traditional coaching methods and want to take the next step in their career. They offer trainees a proving ground to develop their skills in the three big veins of professional sailing: the America’s Cup, the Olympics, and the Ocean Race around the world. Their goal is to take American sailing back to the highest level world-wide.  oakcliffsailing.org

The Melges may not be as exciting as this . . . Talking of Olympic Offshore Keelboat Racing