Conditions were ideal for the seventeen sailors competing (13 men and 4 women), with a twelve-knot westerly wind.  Ahead of them, 2000 miles of sailing to Brest after rounding the Fastnet Rock to the south of Ireland and a waypoint off the Azores.

The weather in this race looks like being a mixture, so could be fairly complicated with the first boats expected to finish in just over a week from now.

A 12-knot wind and a residual swell of less than a metre with sunny periods. They were the ideal conditions for the seventeen skippers in the IMOCA class in Douarnenez for the start of the second edition of the Bermudes 1000 Race. 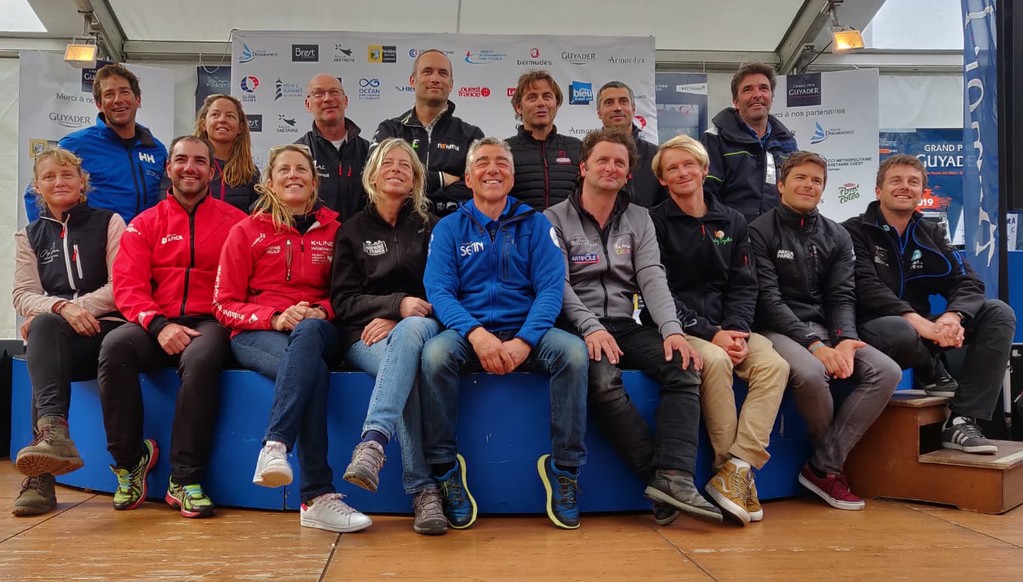 Some skippers like Yannick Bestaven (Maître CoQ), Sam Davies (Initiatives Cœur), Sébastien Simon (Arkea Paprec) and Maxime Sorel (V&B-Sailing Together) were a little aggressive as they crossed the line.

Others were more cautious, not wishing to take any risks at the start of the race. The sailors made their way out of Douarnenez Bay sailing close-hauled and carrying out several tacks.

At the buoy indicating the shallow waters around Basse Vieille off Cape de la Chèvre (in the Crozon peninsula), British sailor, Sam Davies was leading the fleet.

The 17 skippers registered for the Bermuda 1000 Race: