Sailing takes place on day one of the Games, with Sydney Harbour providing the stunning backdrop for the competition in two classes on Sunday 21 October.

Spencer Bull, the Team UK Vice-Captain, competes in the Hansa 303 one-person event, while two teams of four Britons will do battle in the Elliott 7 keelboat class.

To select a team of sailors to compete at the Invictus Games, RYA Sailability have been working with partners at Help for Heroes, the Royal British Legion and the Ministry of Defence to deliver a programme which, at its heart, is using sport and activity to support people’s recovery and rehabilitation.

Experience in the sailing team ranges from dinghy racing to expedition sailing to barely having sailed before, so over the past six months, and led by RYA disability racing coach, Brett Cokayne, the sailors have had a ‘crash course’ in learning to sail and race the Games boats.

‘Pav’ Taylor, who sustained a serious back injury in a suicide bombing in Afghanistan in 2008, has found sailing delivers a relatively pain-free physical activity that satisfies his competitive appetite.

Pav is also competing in powerlifting, archery and athletics at the Games, and admits the sail training has been an enjoyable challenge.

When the selected team of sailors came together to compete and train the RYA Multiclass Regatta at Rutland in August it was obvious that sailing was helping each of them achieve something far beyond simply making a boat move.

Ex-Army man Spencer was previously very active and a keen sailor before a Multiple Sclerosis diagnosis in 2005 initially stopped him getting on the water.

But he says re-discovering sailing has given him so much more than a sport, it’s given him a way to spend quality time with his children again. 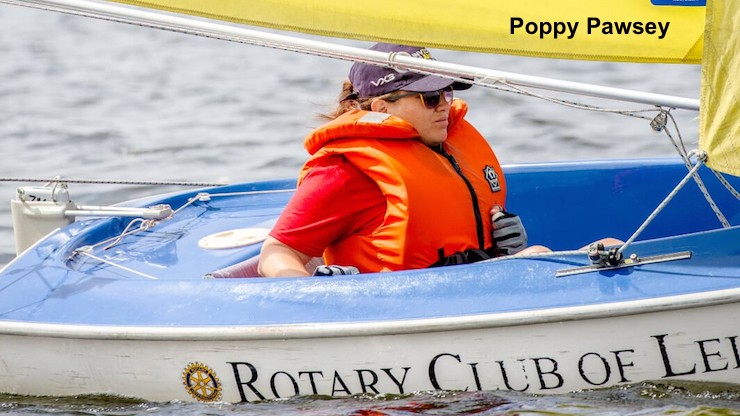 Meanwhile, Poppy Pawsey, is a former Royal Marines bandswoman, whose childhood love of sailing, developed through Sea Scouts, has been rekindled by Invictus.

Each race in Sydney will consist of up to three laps of a windward/leeward course with an anticipated race time of 30 minutes.

Following the qualifying stage, the six Elliott 7 boats and the five Hansa 303 with the lowest cumulative points total will advance to the medal race for their respective boat class.

But having experienced the benefits the sport brings on their journey to Oz, none of the competitors’ sailing stories will end on Sydney Harbour.

The Invictus Games are showing that, whatever your history, sailing can change lives.