INEOS Britannia, the latest iteration of the British challenger for the America’s Cup Team, presented their new team or at least what they refer to as the core of that team.

The major shift is the integration of the British America’s Cup sailing team with Mercedes-AMG F1 Applied Science, a division of the Mercedes-AMG Petronas F1 Team.

The assumption is that this combination of the worlds of high-performance marine and automotive engineering will finally produce a boat that is at least the equal of, if not better than anything other AC teams can produce.

It will then be for Ainslie and his sailing crew to perform to their undoubted abilities, with the goal to win the America’s Cup for Britain.

These may seem obvious points but make no mistake, Jim Ratcliffe nailed the problem in his opening pitch . . .

“I don’t think the Brits have ever arrived at the Cup with a boat that could have won. Our boat we had for AC36 wasn’t good enough. It wasn’t capable of winning,” he said bluntly.

This was no great secret but had been something that was regularly skated over by both the British AC teams and the various sailing pundits, even after it became painfully obvious . . . once again.

The embarrassment of the AC36 challenge in Auckland, where the whole team worked night and day to ‘quick-fix’ a design that was obviously off the pace, must have left Ratcliffe wondering why he ever went for that drink with Ainslie in a London pub.

Ratcliffe is going ‘All-In’ with the jewel in his INEOS Sport Group. Risking the reputation of the Mercedes-AMG Petronas F1 organisation in what looks like a desperate punt. 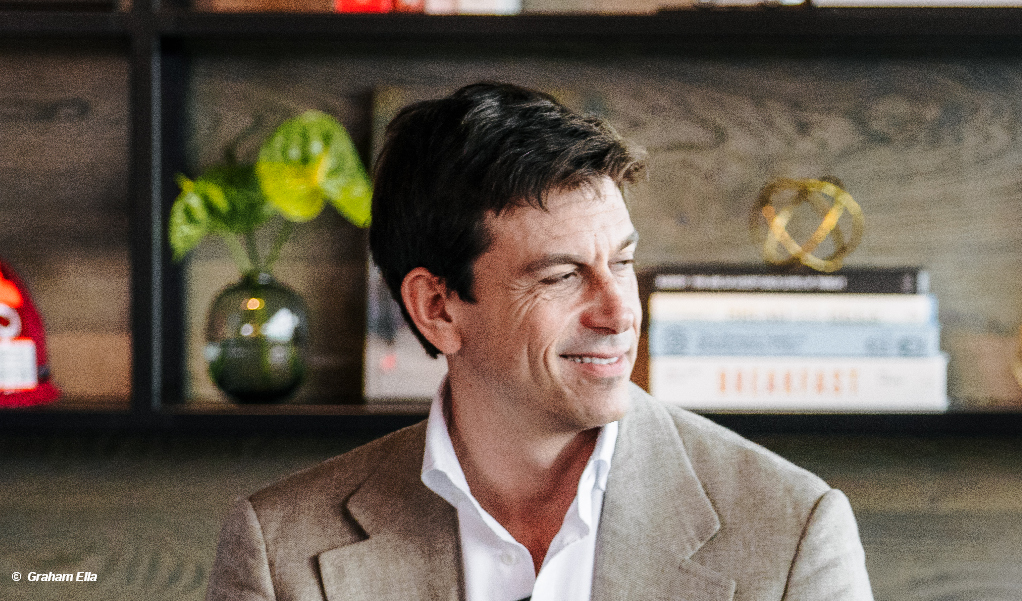 Team Principal of Mercedes-AMG Petronas, Toto Wolff, who never looked entirely at ease in this stagey performance claimed that “There’s not a lot of difference between putting the best car on the road, and racing others, and Formula 1 on water . . . That is the America’s Cup.”

And he added “Now we are doing it properly this time around.”

Ratcliffe must be hoping that Wolff will stay around long enough to deliver.