SailGP making hay while America’s Cup heads for the courts

Upstart America’s Cup rival SailGP is making hay while the America’s Cup disolves into its usual in-fighting scenario that is the norm for the old Mug between events.

Russell Coutts, co-founder of the SailGP circuit with US software billionaire Larry Ellison, recently told SportBusiness.com that the SailGP circuit, would become profitable once a title sponsorship for the series is signed.

The target is ten teams for the full SailGP circuit, which currently stands at eight teams with a ninth team signed, leaving just one franchise available. 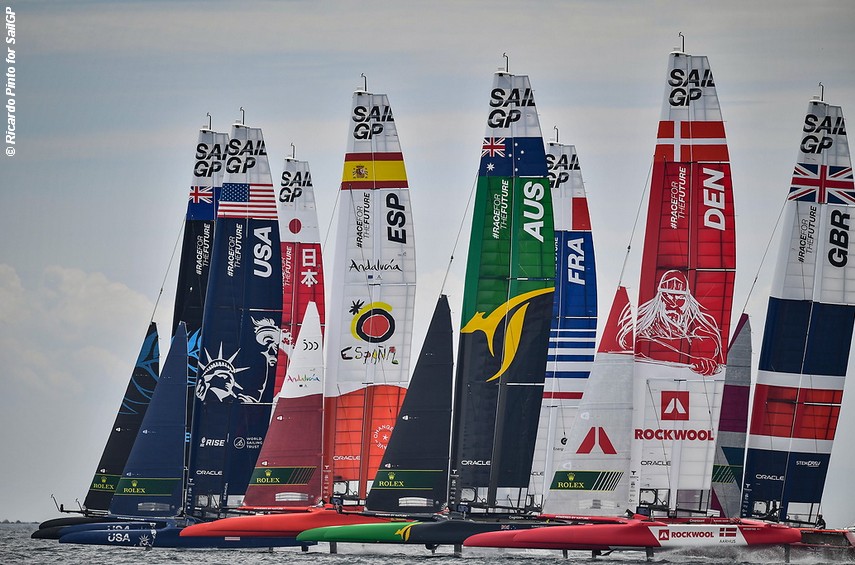 Once the ten team slots are filled then new teams will have to buy an existing franchise, with Coutts expecting these to change hands from USD$20 million.

British interest is centred around the Great Britain SailGP Team franchise, led by Sir Ben Ainslie and backed by billionaire Sir Jim Ratcliffe, giving them a foot in both camps, as their AC INEOS Team UK is the Challenger of Record for the next America’s Cup!

Despite the delays to season 2 caused by the Covid pandemic, SailGP is rapidly gaining momentum as the America’s Cup decends into the usual power struggles between teams and possible venues.

This is something that does not affect SailGP with its more modern commercial format, controlled by Coutts, allowing it to make quick commercial decisions, while the America’s Cup normally ends up in the US courts to settle any disputes . . . of which there are plenty.

Most of the top crews from the recent AC have signed on for SailGP teams, finally presenting a motor racing Formula 1 style circuit, running to a regular event schedule, making it more attractive to the online and TV media market.

It is this regular, scheduled event circuit that sailing has attempted many times, but now with Coutts’ organisation skills and Ellison’s financial backing, seems finally coming to fruition, although its early days.

But the longer the AC take to get their house in order, the stronger SailGP becomes as a major force in professional sailing.