As the clock counts down to the Final of the Prada Cup this Saturday, Ineos Team UK skipper, Ben Ainslie discusses with his wife, TV presenter Georgie Thompson, what to expect.

The lighthearted ‘interview’  roams over the disastrous Christmas race series and the dramatic comeback in the Prada Cup round robins, which finished with Ineos taking the five race wins to go straight into the Final.

And touches on the infamous ‘yellow card’ that Luna Rossa laid on Ineos for a non-performance enhancing violation, after the boat had been measured and which they take into the Final.

And this opening weekend with light wind forecast for Saturday – but as Ainslie says, “It is what it is, we just need to get stuck in!”

And live on America’s Cup You Tube channel, no App required.

Four races are scheduled for the first weekend.

Take a look at the Ben Ainslie at the 2012 Games in London and the ‘didn’t want to make me angry’ quote after he claimed they teamed-up against him in an Olympic race. 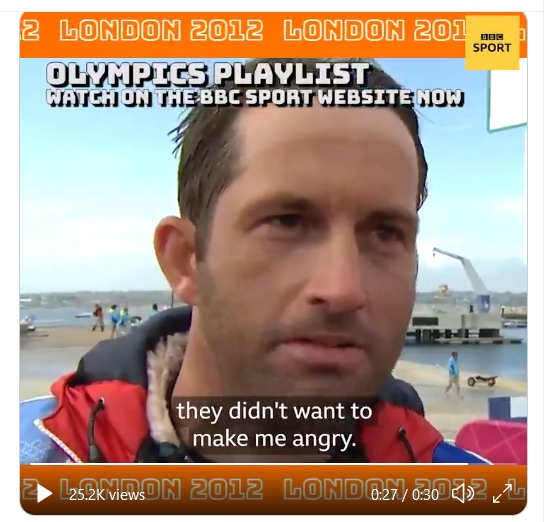