The first race match-up of Emirates Team New Zealand (ETNZ) with Italy’s Luna Rossa saw the Kiwi team stamp their authority on the this event with a straight-forward 3 min 13 sec win.

The second race of American Magic and Ineos Team UK saw the first hint of problems to come for the Brits.

Just minutes before their start Ineos reported technical problems, but with seconds to go they confirmed that they were now intending to compete.

American Magic took the lead from the start to round gate 1 with a 50 sec lead. Soon after Ineos crashed off their foils with what appears to have been a rudder cable problem. 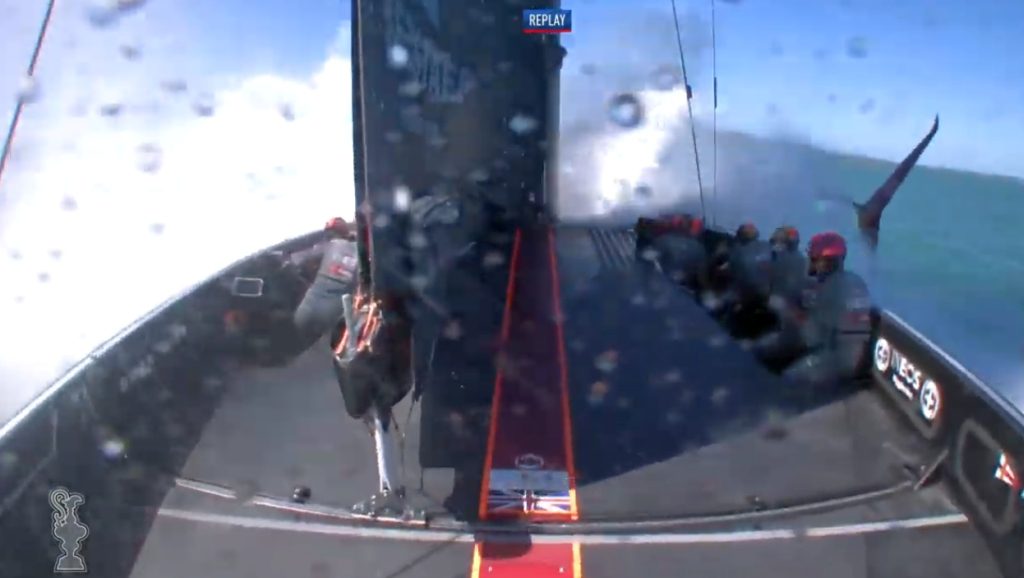 American Magic was then able to sail away as Ainslie struggled to get the Ineos boat back up and sailing. The USA team recorded a 5 minute win.

Ineos were straight into race 3 against Luna Rossa.

Luna Rossa tacked tight under Ineos at the start, but survived the Ineos protest and Ineos were penalised for not keeping clear.

Luna Rossa thus took an immediate lead off the start line and led at gate 1 by 1000m.

After Ineos rounded they had foil problems and stopped, unable to lift or drop their foils and for a time were in danger of heading into the spectator fleet.

Chase boats quickly came to their aid and they retired, leaving Luna Rossa to claim the win. 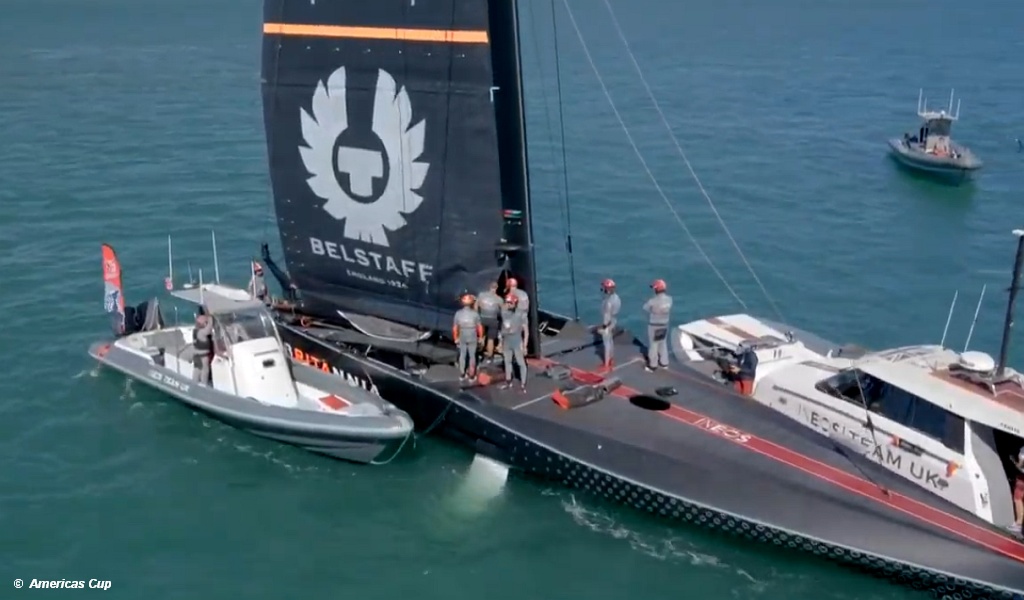 The final race of the day, race 4 between ETNZ and American Magic provided the first real, combative race so far.

Dean Barker helming American Magic took the lead from the start to round gate 1 ahead by 15 sec.

They stretched their lead to 17 sec at gate 2 and then, after ETNZ came off their foils for a time, extended to 26 sec at gate 3.

Pete Burling on ETNZ gybed at gate 4 and pulled back some distance to close with American Magic as they went into gate 5.

After a tense final leg Barker and American Magic took a 12 sec victory. 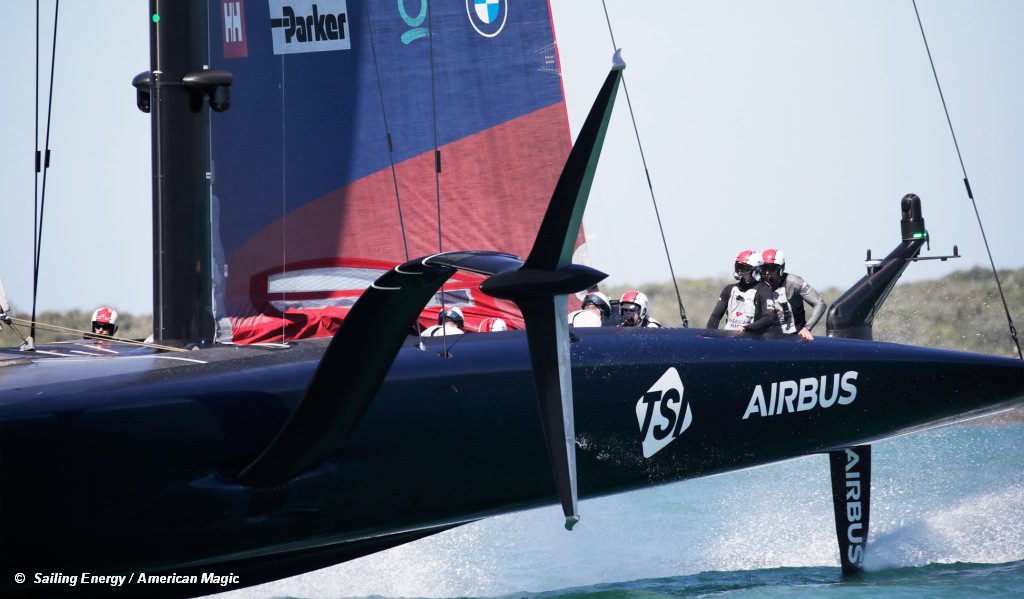 Overall American Magic leads with 2 points from ETNZ and Luna Rossa both with 1 point. Ineos places fourth with zero points.

Vendee Globe - Ruyant back on course