The Vendée Globe solo non-stop race around the world will start from Les Sables d’Olonne on the French Atlantic coast on Sunday 8 November delayed due to fog to 13:20 hrs UK time.

The start procedure begins 8 minutes before the gun fires with the warning signal.

At 4 minutes before, for the preparatory signal, the skipper must be alone on board, follow the countdown and take the line at the delayed start signal at 14:20hrs local time (13:20 UK).

It looks like perfect day for what will be the biggest ever Vendée Globe fleet starting this ninth edition.

The 33 skippers will have a moderate 12-15kts southerly breeze, some sunshine and flat water when the start gun sounds to send the 27 men and 6 women off on this 24,296 nautical miles solo non stop race around the world.

Although it should be a relatively straightforward afternoon and evening, the winds will build during the second part of the night tonight the first front will come through with gusts of 30 knots.

But after the front the boats will be able to make more directly south in a lighter SW winds in a high pressure ridge during Monday morning. 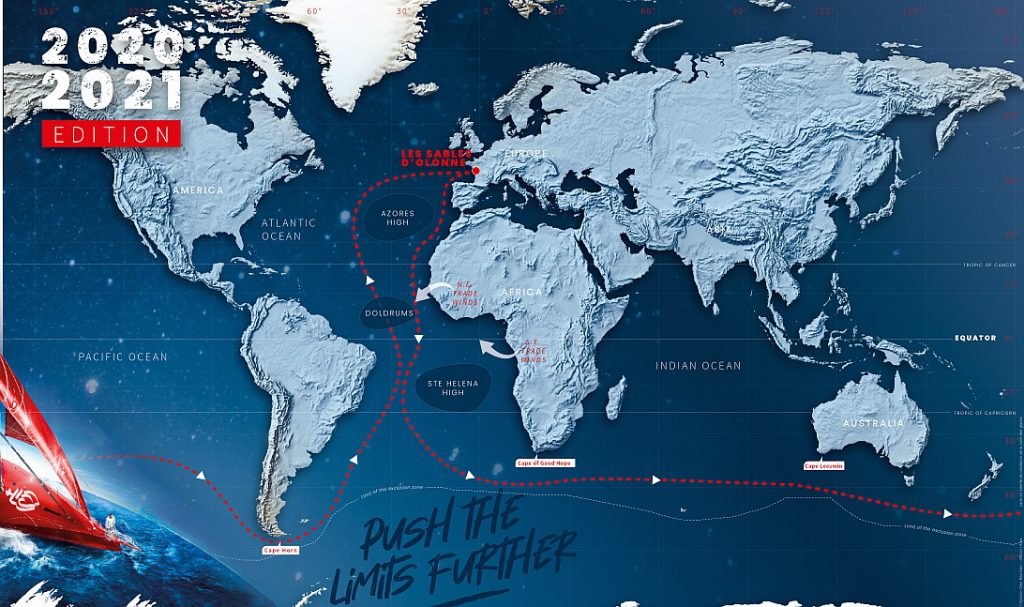 Vendee Globe finally gets away . . .