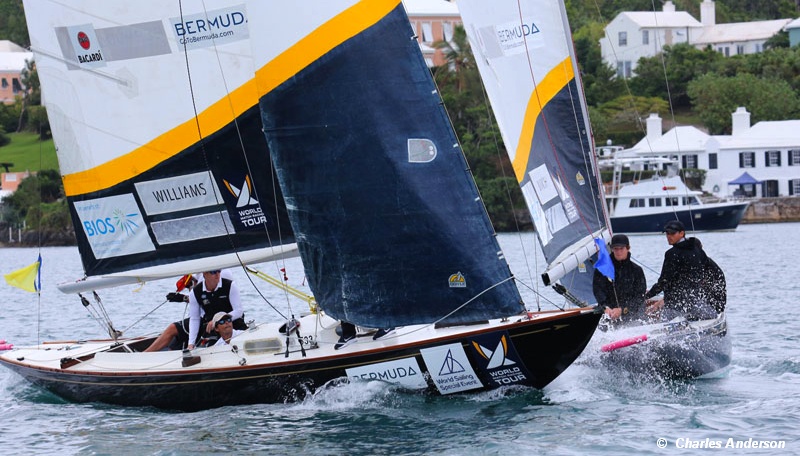 In Group B Ian Williams’s Team GAC Pindar is second at 3-1 while Jeppe Borch’s Borch Racing Team is third, also at 3-1. Williams holds the tiebreaker after a come-from-behind victory in Flight 3.

Williams led around the first lap but Borch overtook up the second beat by being to the left. At the windward mark the second time, Williams tagged successive penalties on Borch for failing to keep clear as a windward yacht, and that was enough to give him the victory.

The conditions on Day 1 of the week-long regatta aided and abetted the sailors in their hyperactive tactics.

A south/south-southwesterly breeze blew across Hamilton Harbour between 8 and 16 knots. In that wind direction, 2 knots more pressure can mean 10 degrees of favorable heading and turn a close cross into a comfortable margin.