Lawyers of Brazilian naval engineer Manoel Chaves, claim he holds patents, granted both in Brazil and New Zealand, for the hydrofoil arm systems fitted to the AC75. 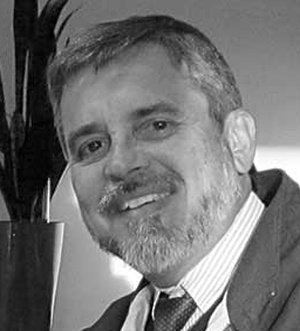 Mr Chaves’ lawyers say that they will file a lawsuit in New Zealand, the country hosting the 36th America’s Cup in 2021.

Emirates Team NZ, as current America’s Cup holders, require the 36th edition to be sailed in the their AC75 design, which incorporates a hydrofoil driven arm system either side, with attached foil wings.

The hydralic arms are mandatory on the AC75 hulls and are a standard component, supplied by the New Zealanders to all the challenging teams.

In an article in nautica.com.br Mr Chaves claims that ETNZ accessed his companies website to watch the video of the operating system and obtain working details.

Mr Chaves says that he has his invention protected by world-wide patents, requiring those responsible for the AC75 to grant him the intellectual credit for the use of the technology developed by him.

Lawyers for Mr Chaves are reported to have informed the Minister of Trade, Innovation and Employment of New Zealand, however the New Zealand government has not yet responded.

Mr Chaves’ company, MCP Yachts, claim that after ETNZ ignored their contacts for two years, there is no other option but beginning a lawsuit against the event organizers and boat designers for patent infringement.

Emirates Team NZ’s legal team have apparently now informed Mr Chaves’ lawyers that, despite the ‘coincidences’, the system is not ‘exactly the same’.

ETNZ say that they will strongly resist any infringement allegations Mr Chaves may choose to bring.

According to Mr Chaves, the hydrofoil system was patented in 2015, generating a first project for use on a high-performance cruise ship. The prototype was manufactured at the entrepreneur’s shipyard (MCP Yachts) in São Paulo.

ETNZ are expected to launch their second AC75 boat in Auckland within the next week.