Andrew ‘Animal’ McLean is both a highly experienced inshore and offshore racer as well as a qualified mechanical engineer.

He has a vast amount of experience, having competed for four America’s Cups and in two editions of the Volvo Ocean Race. All that experience in both sailing and engineering has led him to his current role as Lead Systems Engineer at INEOS Team UK.

Born in New Zealand he studied engineering in Auckland due to the strength of their yacht research programme. Then straight out of University he was offered a dream job, he was hired by Emirates Team New Zealand in 2001 to write the visualisation tools for the weather team for their America’s Cup Challenge.

After the 2003 America’s Cup, losing 5-0 to the Swiss team Alinghi, and the 2007 America’s Cup losing a close-fought rematch with Alinghi 5-2, he moved to fully-crewed ocean racing and sailed in the Volvo Ocean Race with Ian Walker.

By the end of the 34th Cup, the choice was between carrying on to the next Cup or going back to offshore racing.

“I got a phone call and they said, ‘Do you want to do the Cup with Ben Ainslie Racing?’ I said yes. The thought of designing and building a new development class from scratch was attractive.”

Andrew’s remit with the team now sees him look after the control systems on board Britannia. That includes the hydraulics, the electronics and all the foil actuators.

In short, he manages all the control systems that keep the sails under control and keep the boat in the sky when foiling.

For Andrew, who’s career in sailing has seen him work on both the sailing and the engineering side, it is a perfect role.

That technological side of the America’s Cup is more important than ever before with the AC75s.

The control systems on board used to be just a couple of wires measuring the wind and now it’s almost life critical hardware in that if it fails, people get injured. There’s been a massive shift.

As he explains. . . . “On the AC75s, for example, there are control systems that control the flaps on the wings, the rudder elevator at the back, the board arms, and then within the wing there are probably ten or so more control functions.”

“There are about 26 hydraulic actuators on boat. There is a lot of intricate work to do, from all the hydraulic work through to working out the balance between what the sailors are controlling and how they interface with those machines, and what the computers are controlling” 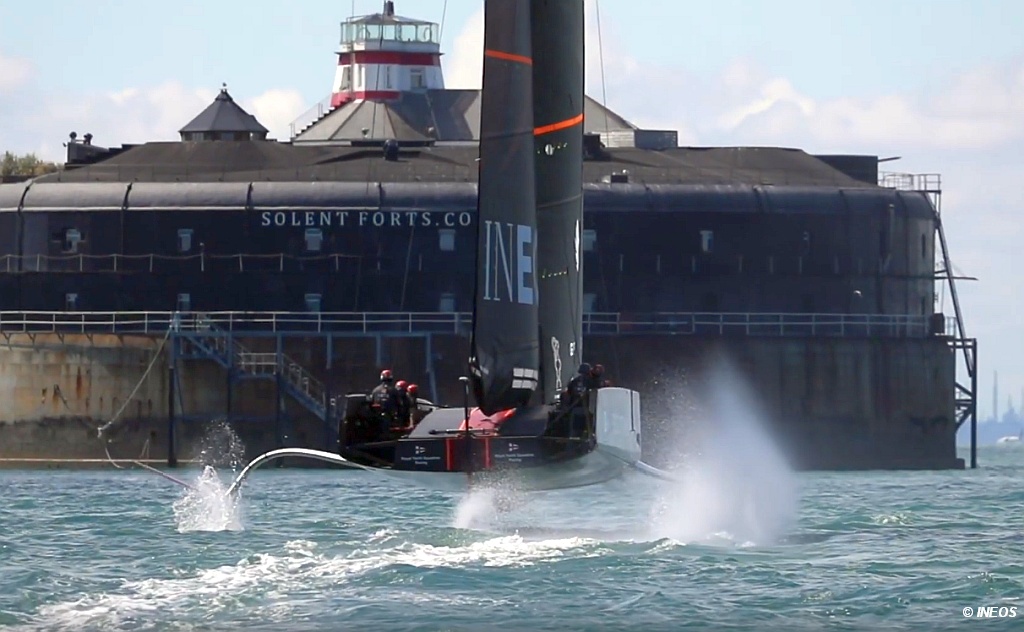 The number of tasks on Andrew’s job list can run into the thousands.

Ultimately, as is always the case in the America’s Cup, if there is one thing Andrew would want more of, it would be time.

The America’s Cup may be a complex team challenge that requires a huge amount of effort and hours but for Andrew, who has been preparing for this his whole life, it is exactly the type of challenge he enjoys.

“In the old days I could look at an America’s Cup boat and know how everything worked on that thing. Nowadays the boats have moved on so far that it has to be a real team effort across the board to get it working reliably.”

“In the end it’s that team environment that wins you the America’s Cup.”

Designing the Britannia deck layout – Who has the Tape?

Venues secured for Tokyo Olympics in 2021