Yachting Developments 3D printing division was recently put to work in a marine setting, creating the tooling for the all-new Youth America’s Cup boat. . . the AC9F.

The AC9F model is the proposed boat for the upcoming 2021 Youth America’s Cup, due to be hosted in Auckland, New Zealand, as part of the 36th America’s Cup.

“The creation of the first boat and its appendages has been a good blend of traditional boat building and leading edge printing and moulding,” says Ian Cook, Managing Director of Yachting Developments.

“The use of 3D printing allowed the prototype to be built without the need for plugs, which helped to speed up the build time and improved cost and accuracy for the short production run.”

With the AC9F demonstrating the possibilities of 3D printing technology in yacht construction, its use on future marine projects is an exciting option for Yachting Developments and its clients.

Management from the in-production Avatar movie recently released a teaser image of the movie’s film sets, including models built by Yachting Developments that utilised 3D printing. 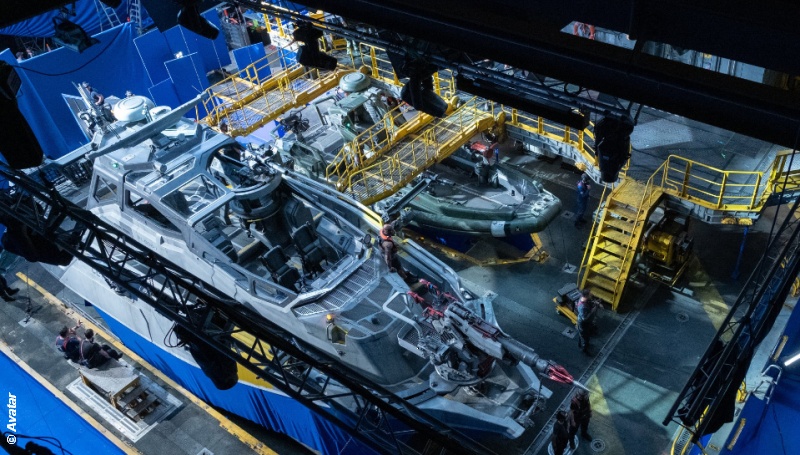 Producer Jon Landau commented . . . Our Avatar sets are ready — and we couldn’t be more excited to be headed back to New Zealand next week. Check out the Matador, a high speed forward command vessel (bottom) and the Picador jetboat (top).

Note that entry is still open for the 2021 Youth America’s Cup event until 30 September 2020, subject to places still available at that point.

Fifteen teams from twelve nations have already officially entered for the event, but no British entry to date!

Entries can be emailed to [email protected]