Unfortunely during the final minutes leading into the start of Race 1 for the J Class a collision occurred between Svea and Topaz.

The J-class Svea riding over the stern of Topaz, throwing a member of crew overboard in the process.

Both boats sustained damage and immediately retired from racing. Neither Svea nor Topaz are able to take any further part in the Antigua Superyacht Challenge regatta. 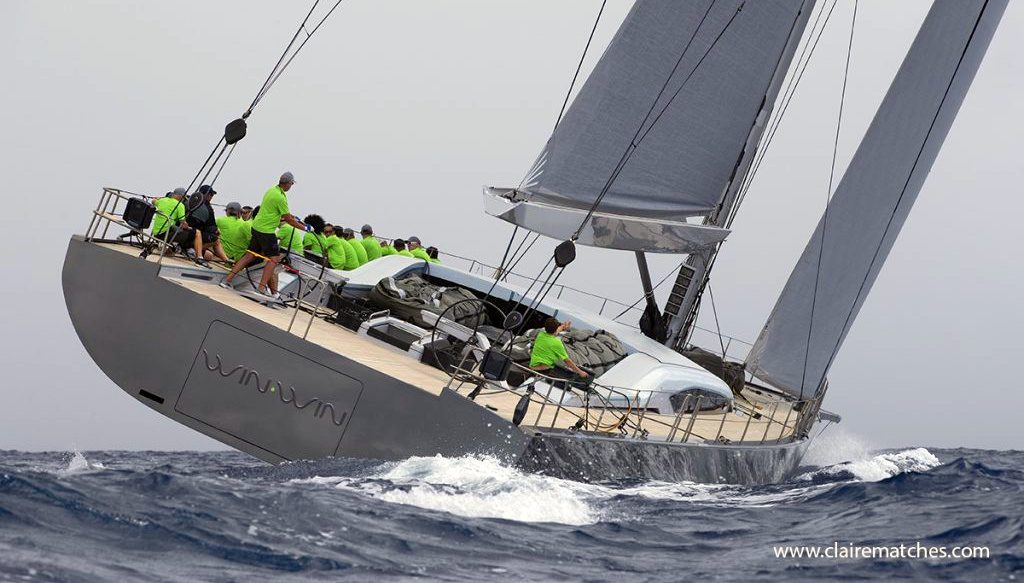 In the other Superyacht Challenge racing . . .

WinWin sailed by Kim Schindelhauer, and skippered by Ryan Taylor, took first blood in the Corsairs Class. Missy skippered by Matt McKeon performed in the Privateers Class. Firebird skippered by James McDonald took a blazing win in the Buccaneers Class.

In the second half of the race, shorter windward leeward legs called on more technical and tactical abilities. The trade winds piped up towards the finish for an adrenalin pumping finale.

The Oyster 885 Firebird took Race One in the Buccaneers Class. The 182ft (55.5m) Dykstra schooner Adela skippered by Greg Norwood-Perkins was second.

In the Corsairs Class, the 108ft (33m) Javier Jaudenes sloop WinWin, took the win by just over two minutes. The 112ft (34m) sloop Nilaya, with Filip Balcaen at the helm, was second.

Cagliari Cancelled and into Arbitration