Rutland Green claimed the title of youth champions racing in the Firefly while RS Tera Prodigy took the junior honours in the RS Feva after an intense weekend with over 390 races completed.

From the 54 teams from around the country, Rutland Green beat Winchester 2-0 in the youth final and WOSC A took third place with a 2-0 win over RGS in the petit-final. 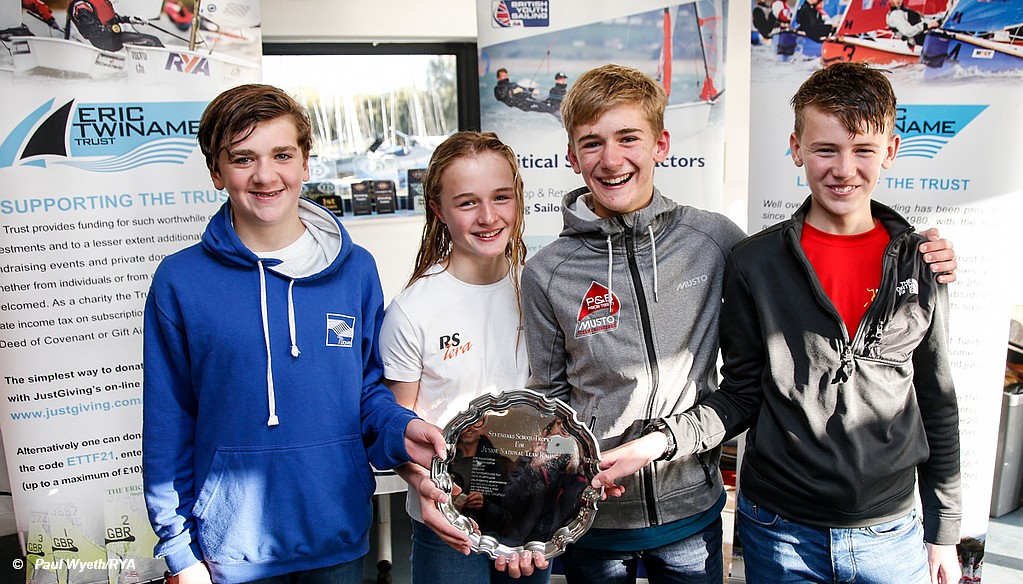 RS Tera Prodigy took a 1-0 lead over Chew in the junior final with Rutland Gold also going 1-0 up against RHS in the petit-final.

However, due to the strong wind conditions the junior final and petit-final were decided by a winner takes all single race final, that meant RS Tera Prodigy claimed gold, Chew silver and Rutland Gold bronze.