While the gestation period (90,000 design and 50,000 construction hours) for RB1 has been heavily shrouded in cloak & dagger silence, the launch was a remarkably open affair. 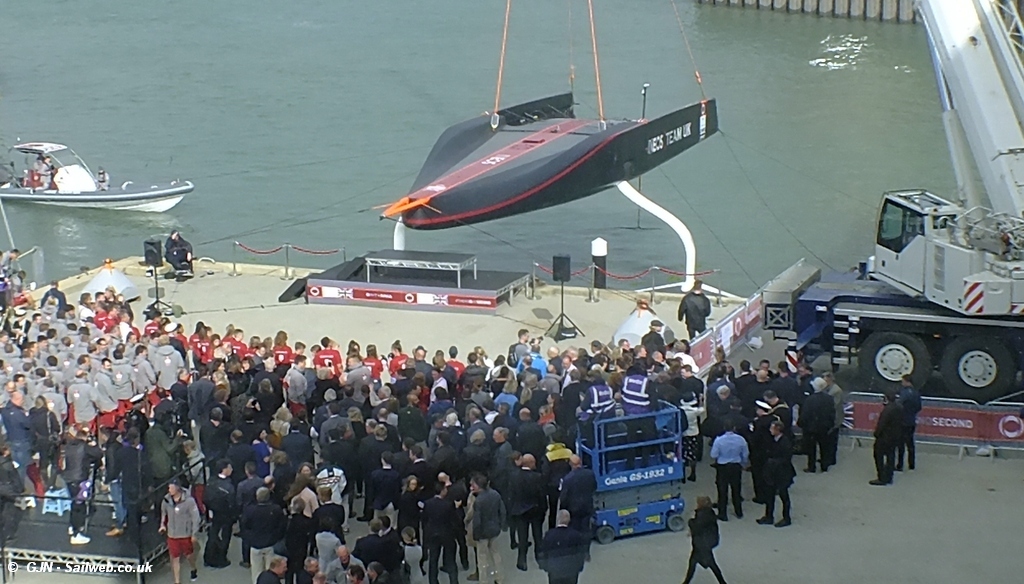 Right from the get-go, with the unheralded roll-out, quickly snapped and Instagrammed around the world, no restraints were imposed, and guests were invited onboard once she was safely in the water and moored.

Following the introduction, presented my Georgina Ainslie in the presence of Sir Ben, Jim Ratcliffe, the founder and chairman of British chemicals group INEOS, and Chief of Design Nick Holroyd, the first hull was well and truly launched by Julia Ratcliffe. 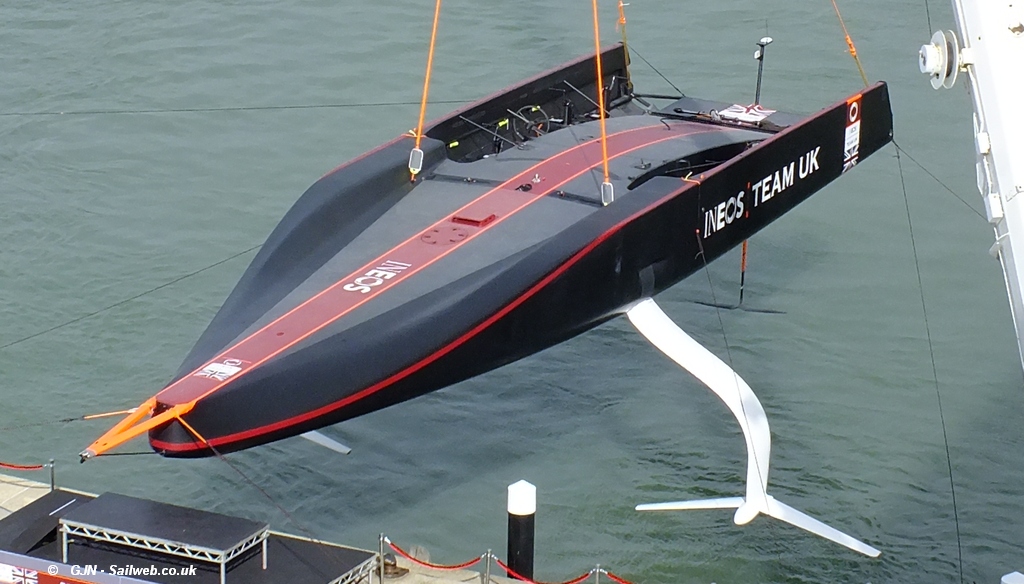 Following the launch the Rig will go in over the weekend, if conditions allow.

The newly christened Britannia is expected to start sailing after some construction and safety checks.

Trial sailing will be based at Portsmouth for the next four to six weeks before transfering to warmer climes to tune-up for the America’s Cup World Series. 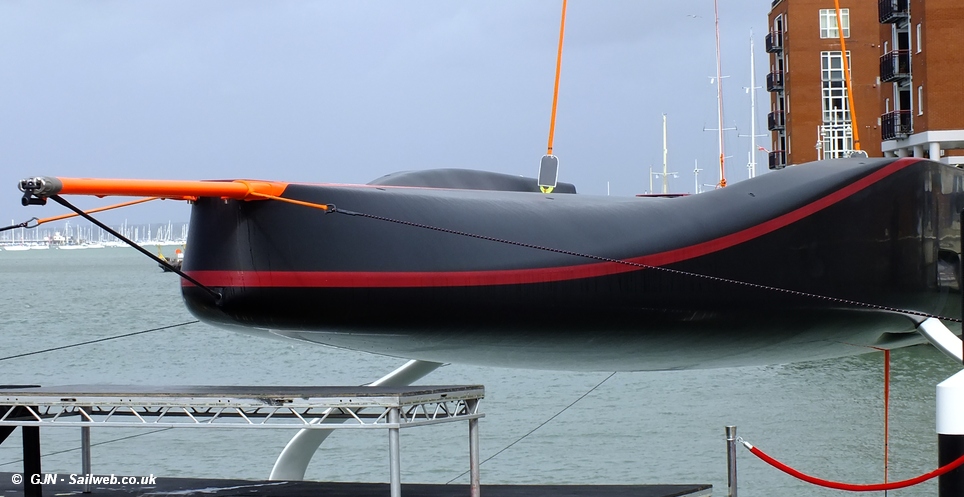 The first race event for the new America’s Cup boats in the  scheduled America’s Cup World Series event in Cagliari, Sardinia, is from 23 to 26 April 2020. 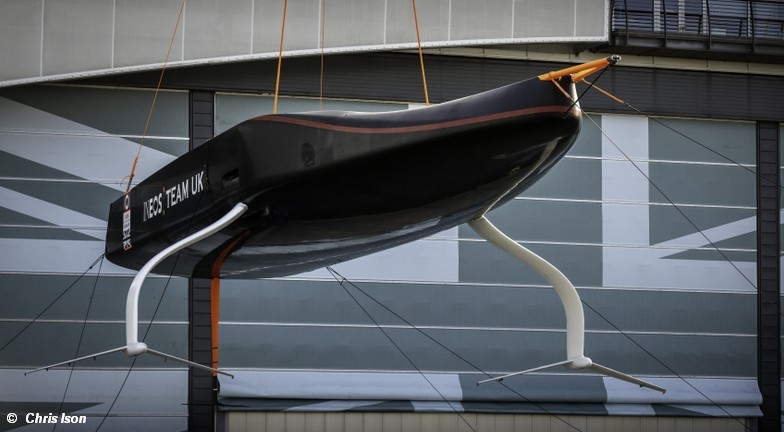 The name ‘Britannia’ was chosen in homage to the racing cutter yacht ‘Britannia’ whose name in turn was taken from James Thomson’s famous poem ‘Rule Britannia!’ written in 1740.

She eventually finished with a lifetime record of 231 race wins and 129 further podiums making her the dominant yacht of the time.

Something Sir Ben and INEOS Team UK will hope to emulate at the 36th America’s Cup in 2021.

Team GB Sailing Squad - Just who are they?