The Luna Rossa Prada Pirelli Team, Challenger of Record for the 36th America’s Cup, launched their first AC75 in Cagliari, Sardinia, on Wednesday. 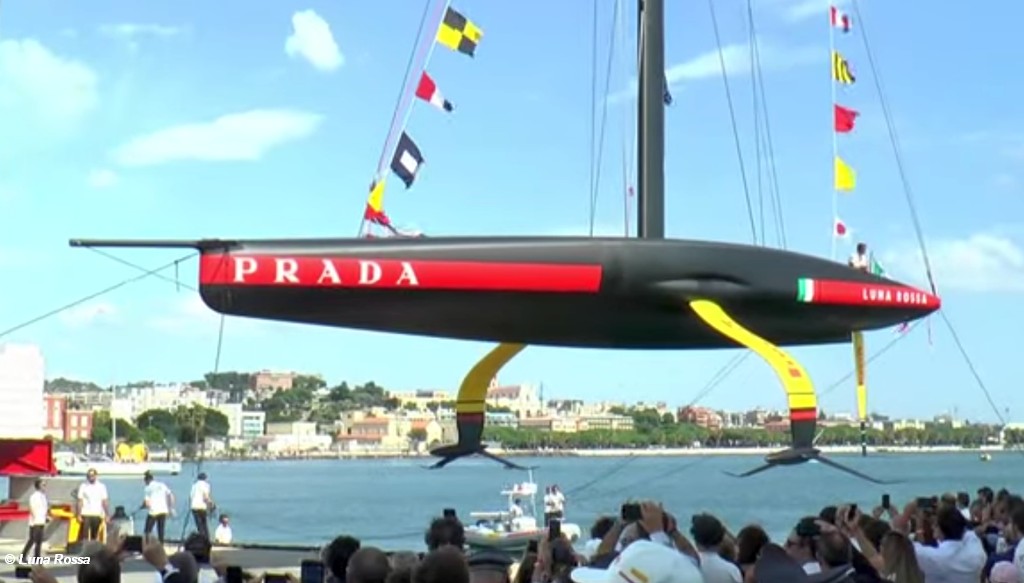 The first video impressions, show a more normal bow profile than the New Zealand and USA boats, and there seem to be a skeg running down the centre of the hull from the bulbus forward area  to the rudder.

The Italian’s have also used a dimpled hull form to allow attachment of the foil arms, similar to the ETNZ hull. 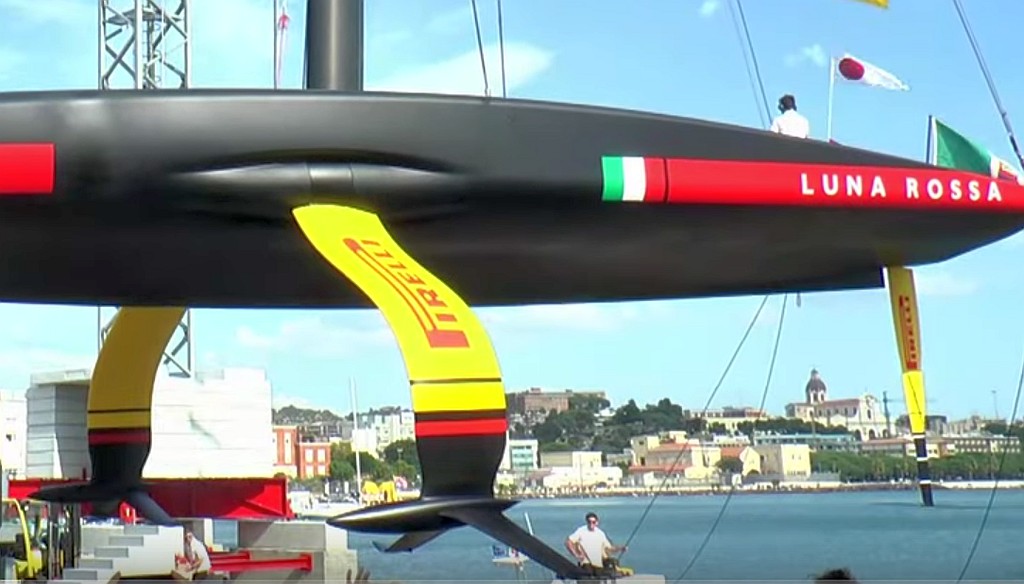 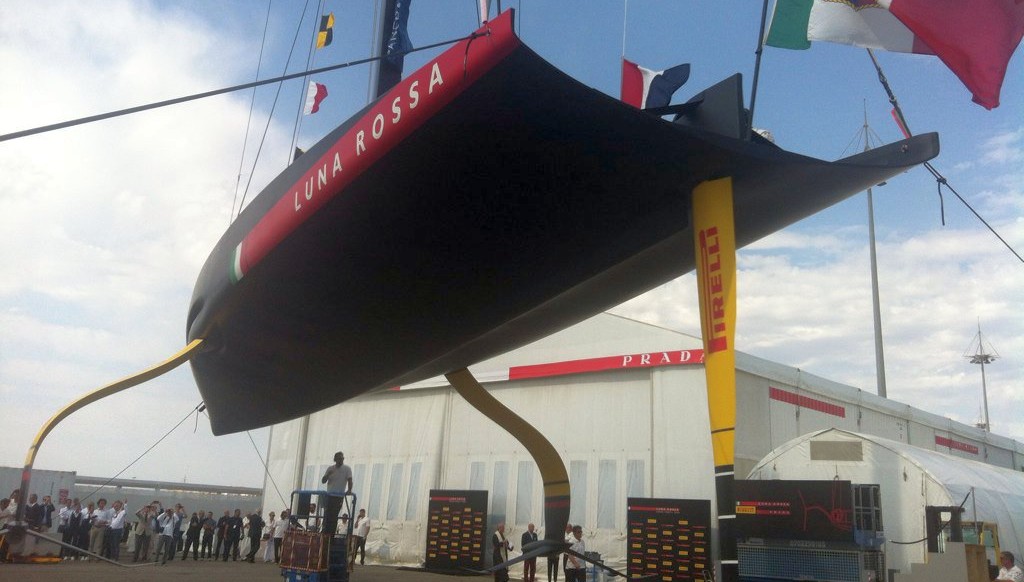 The video below is the post event highlight version, and shows a more all round view of the hull during the launch . . .

A busy week in Europe for the America’s Cup teams as 48 hours after the Challenger of Record, the INEOS Team UK will follow, by launching their first AC75.