Rob and Nicole Douglass of Australia are the 2019 Tasar World Champions. This is their third Tasar world title having previously won in 2005 and 2009.

The event has not been without incident, including a protest against the Race Officer for failing to cancel/abandon race 5 for breaching the class wind strength limits – dismissed – and even after finishing third in Saturday’s penultimate race, and sailing back to shore as the overall winners, the Douglasses faced a protest that could have removed them from the event.

This related to their dagger-board, which has been relocated in newer boats. This was also eventually dismissed and the final results stand.

Rob and Nicole Douglass only won one race but never strayed out of the top three places, discarding a DNF for when their mast fell down and a DNC for the final race. 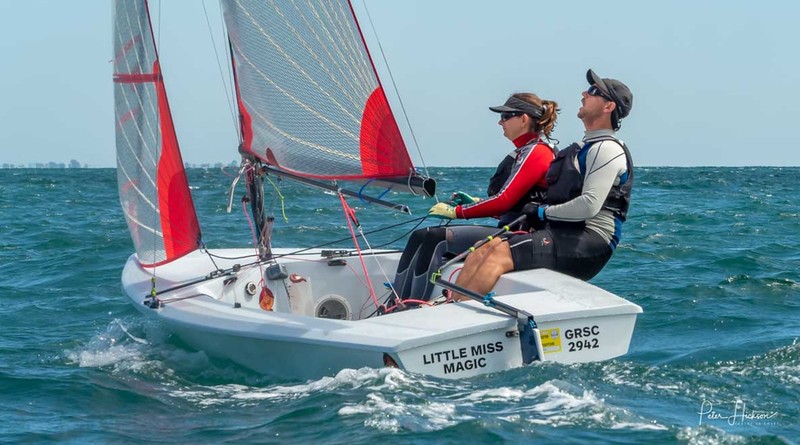 This gave them a total of 22 points, finishing three points ahead of James and Tara Burman of Australia, who despite winning four races could not match the overall consistancy of the Douglasses.

In third place were the British pair James Peters and Charlie Darling, who challenged for the overall lead after winning all three races on day 4, but also found the consistant sailing of the Douglasses difficult to overcome.

The final two races on Saturday were sailed in light conditions, resulting in a win in the first (R11) for the Burmans, who led from start to finish, with the Douglasses once again staging their signiture finish in the top three – in third – with Britain’s Rick and Sarah Perkins taking their best result of the week in second. 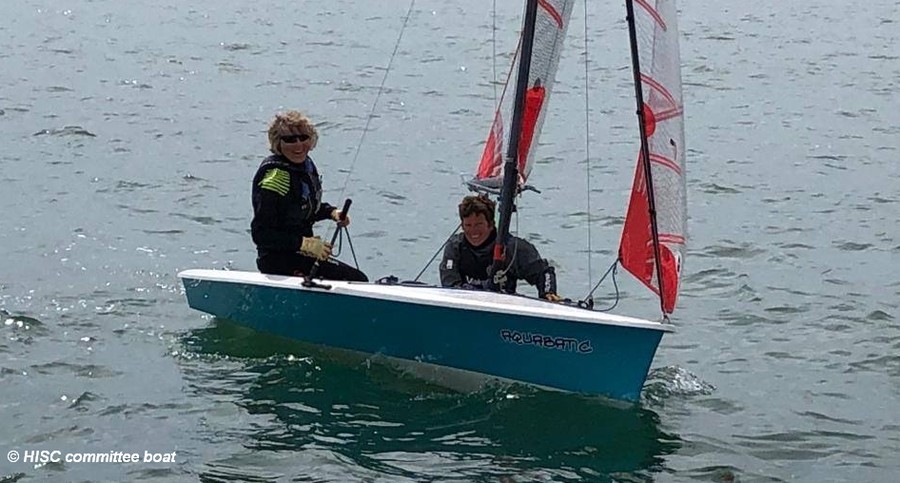 After the new Champions had departed for an early shower/beer, the final race produced a new race winner with Judith Massey and Sophie Mackley of the host club leading from the start, and holding off the Burmans in second with Peters and Darling in third.

An event that required a wide range of sailing abilities as the British weather ran through its full gamut, from balmy breezes to full-on blasting, in the six days.

And they're off . . . Record Rolex Fastnet Race fleet departs Cowes