The start of the final race was delayed while the fleet waited for the wind to put in an appearance, which it did to provide a fitting final to what has been a great championship in the sun at Carnac, France.

Before the eighth race, Charlie Cumbley looked to have things under control with a five point lead ahead of Boyce, but the final race was the Pandora’s box waiting to be opened.

And opened it was, with dramatic results.

As the race unfolded Cumbley struggled to find the pace required, and was relagated to the chasing pack as John Reeke led to the finish, with Boyce taking second and Tim Law third.

Cumbley finished in 11th and it was now that the second discard came into play.

Cumbley discarded his 11th, his score remaining at 20 points, while Boyce was able to count his 2nd place and discard an earlier 13th, dramatically dropping his score down to 14 points and giving him a six point overall victory.

The final Nations Cup podium was Boyce with 14 points, second Cumbley with 20 points and third Tim Law with 25 points.

Joao Rodrigues of Portugal was 8th, 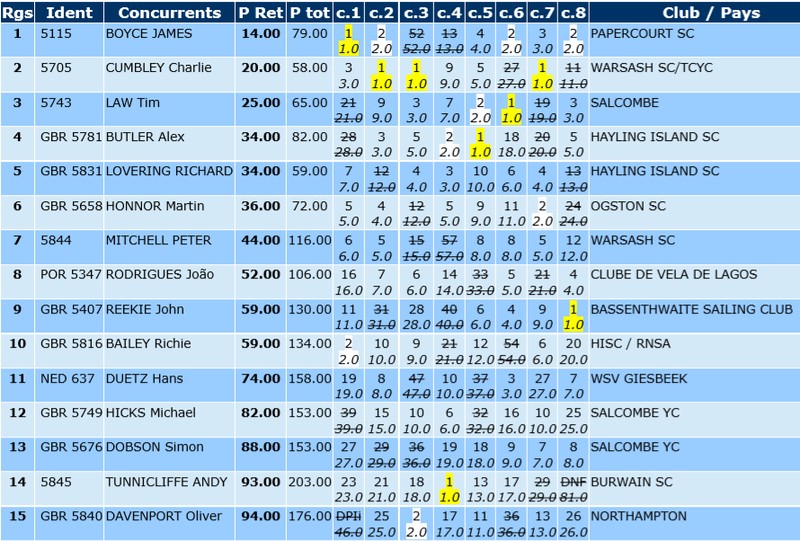