Day 1 of the RORC’s IRC Nationals at Cowes

Due to the high tides this weekend, the RORC divided the fleet in two so that the larger IRC 1, 2 and FAST40+ boats could race in deeper water in the western Solent while IRC 3 and 4 sailing windward-leewards off Hill Head. 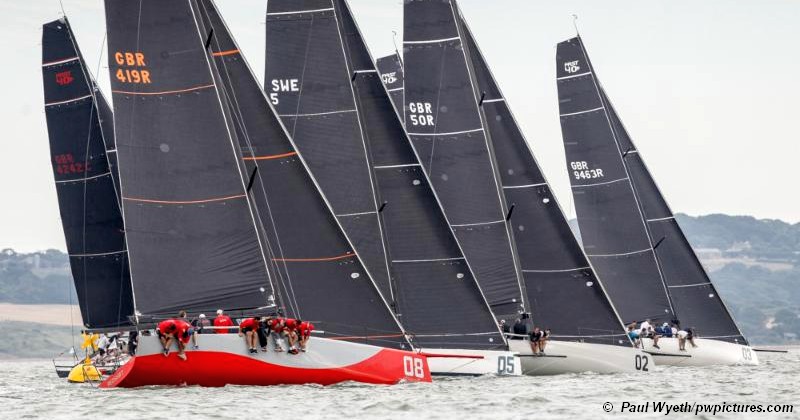 In the FAST40+ there was a clean sweep for Peter Morton’s Carkeek 40 Mk3 Girls on Film.

Similarly the only other boat to score three wins Friday was Glyn Locke’s Farr 280 Toucan in the HP30 class, which she leads from the modified Farr 30 Pegasus and Jessica Fries’s Fareast 28 Mittens Revenge.

Largest class by far is IRC 2, including the entire Performance 40 fleet.

Here after three races two boats are tied at the top – the Ker 39 Rumbleflurg and J/122 Black Dog. However thanks to the conditions it was a high scoring day for all. 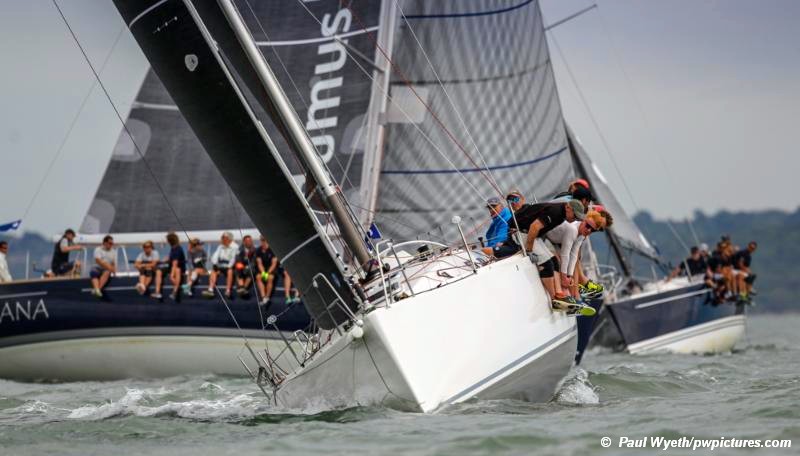 However the next two races were won by Stuart Sawyer’s Falmouth-based Black Dog, which leads IRC Two on countback.

Surprisingly it is not Black Dog but Ian Schenkel’s Ker 39 Rumbleflurg that leads Black Dog by a point when Performance 40 results are extracted from IRC Two.

Looking strong to recapture the IRC Nationals title he last won with Strait Dealer in 2012, David Franks and his J/112E Leon was one point off a perfect scoreline in IRC 3.

Friday was all about consistency in IRC 4 – none of the top four won races.

Racing is again looking light Saturday but maybe the race committee will again get lucky with the conditions.

Victory for Jones and Fitzgerald at International 14ft Europeans