Sigma 38 With Alacrity, sailed by Chris Choules (GBR), was runner up. Swan 38 Xara, sailed by Jonathan Rolls, was third.

In IRC One, A13 Phosphorus II, sailed by Mark Emerson (GBR), was the class winner, retaining their lead in the class for the season.

In IRC Two, Scarlet Oyster was the winner. JPK 11.80 Sunrise, sailed by Tom Kneen (GBR) put in a solid race, closing in on Scarlet Oyster at the finish, but was second in class.

However the result moves Sunrise to the top place for the class in the RORC Season’s Points Championship. First 40 Skylander, sailed by Yuri Fadeev (RUS) was third, putting the team into second place for the season after six races. 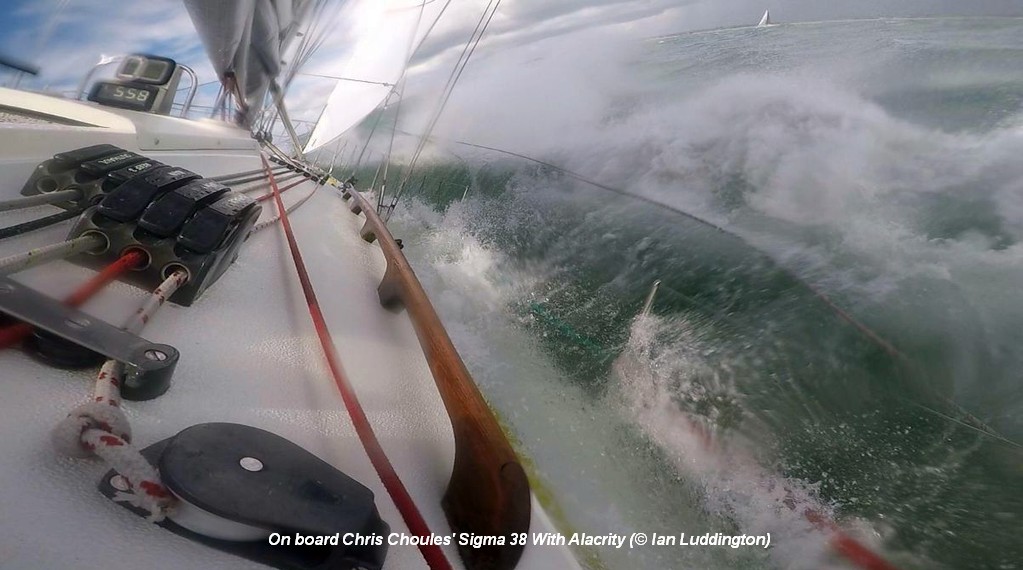 In IRC Two-Handed, Sun Fast 3200 Cora, sailed by father and son duo, Nigel and Tim Goodhew (GBR) scored a tremendous victory. Bellino was second maintaining their lead in the class for the RORC Season’s Points Championship. Timeline’s podium finish lifts the team to third for the series.

In IRC Four, With Alacrity was the winner, Xara was second and Cora third. The race win puts With Alacrity in pole position in IRC Four for the RORC Season’s Points Championship.

Course Modification for La Solitaire URGO due to storm warning