The Star Sailors League (SSL) has announced more details  of their Nations Gold Cup, a new Keelboat sailing competition among nations that will become the SSL biennial grand finale. 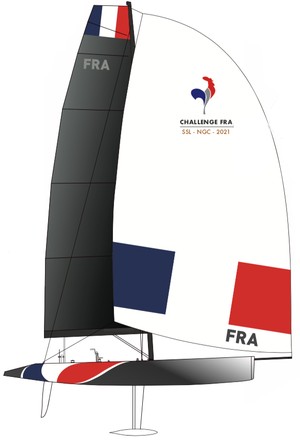 The objective is to crown the top sailing nation, and the first edition will take place in Europe in 2021, on fully crewed one-design 45 footers monohulls.

The competition is open to 140 countries whose national federation are recognized by World Sailing (WS). To organize the selection for the final phase all nations will be ranked, according rules established by the SSL.

The official presentation of the first 20 captains will take place on 15 April at 12:00 noon at the Olympic Museum in Lausanne, Switzerland.

All the other teams that want to compete the final phase will participate in a qualifying round during the week before the final phase, in order to win 1 of the 4 spots reserved for them.

The SSL Ranking of Nations created by the SSL considers the following parameters:

Each of the national teams involved in the SSL Nations Gold Cup will comprise 11 sailors, selected as follows:

The SSL has secured full financial underwriting for the SSL Grand Slams, the annual SSL Finals and for the SSL Nations Gold Cup, including the fleets of boats that will be supplied to competitors. The SSL is opening up to sponsors, partners and technical providers, as well as host venues.

SSL is an international regatta circuit designed to promote the athletes and the sport in an innovative and simple format. Founded in January 2013, it was awarded a “ Special Event ” status by WS in October 2017.

SSL organises elite championships with substantial prize money to celebrate today’s heroes and to honour the legends of our sport. It is born from a desire to offer sailing champions a simple, well priced and efficient platform from which to showcase their exploits to a global audience, while making it more “ pop” and more attractive to the public.