INEOS get first glimpse of the Foil Cant System in action

Less than a year since the Class Rule publication, a first hint of the real scale of the AC75 boats has been given to each challenger representative during a number of visits to Auckland to witness the one design foil cant system (FCS) in action.

“They’ve done a good job in thinking what all the teams need and how the system will fit in the boat. It’s the first tangible example that shows the size of these boats. It’s all about going big and going fast!”

The FCS system will be supplied to each team in the 36th America’s Cup and its development has been led by Project Manager Peter ‘Brush’ Thomas, who took the unfamiliar step of showing the design and operational detail of one of the most integral systems on the AC75 to the other teams.

“It’s not something you normally do in the America’s Cup but the main objective of the whole project is for the system to be reliable and safe for every AC75 on the water,” said Thomas.

“These boats will reach very high speeds and when going into a manoeuvre they need the system to work. Each team must be sure that when they hit the button and they want to drop the foil it drops, when they want to raise the foil, it raises.”

“Although teams have seen schematics on paper, this was the first opportunity for each challenger to see first-hand how the foil cant system works.”

First impressions were drawn to the sheer scale and size of the test foil arm and functionality of the control system which will be reflected on the spectacular AC75’s. 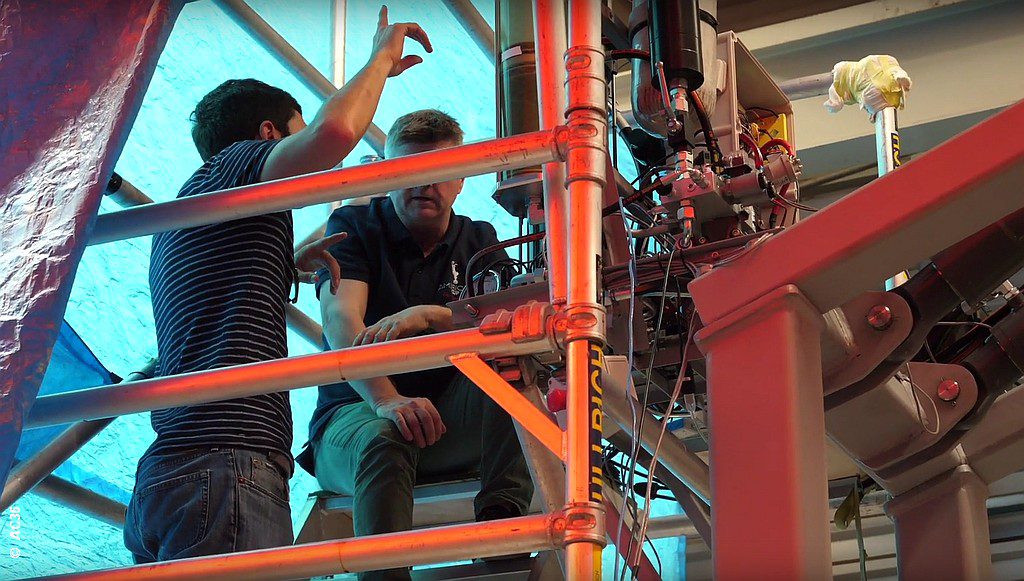 At the beginning of December the ETNZ camp denied any problem with the AC75 foil arm development testing, but it later became clear that there was a problem!

With the problem apparently resolved, the new boards were now under construction.

The latest design of the FCS foil arms reportedly won’t be tested until late March, so the first AC75’s will not be in the water until some time after the first launch date that the Protocol allows.

Not that the Teams may be too worried by the delay, as it seems likely that the October 2019 AC World Series will get cancelled, giving them more development/construction time.

The development of the Class Rule was driven by safety and containing costs on certain aspects of the AC75, while leaving the rule open enough for the America’s Cup to continue as the driving force of innovation and technology in sailing.