The points spread was close at the top of the seven-boat VO65 and five-boat IMOCA 60 fleets, and with bonus points up for grabs for the top three finishers in each class in the planned 90-minute sprint race around the Gulf of Genova, the final standings remained open.

The VO65 start was a congested all-action affair, with two boats – Sailing Team Poland (POL) and The Austrian Ocean Race Project (AUT) – having to tack around after being forced outside the committee boat end of the start line.

While the three others – AkzoNobel Ocean Racing (NED), Ambersail-2 (LTU), and Team Childhood I (NED) – had to restart after being called over early.

But staying clear of the melee going on all around them was the overall VO65 class leaders Mirpuri Ocean Racing Team – led by Yoann Richomme – who sailed off the line unfettered and into a clear lead.

The Portuguese team held on to their early advantage to take the coastal race win and seal overall victory in The Ocean Race Europe. 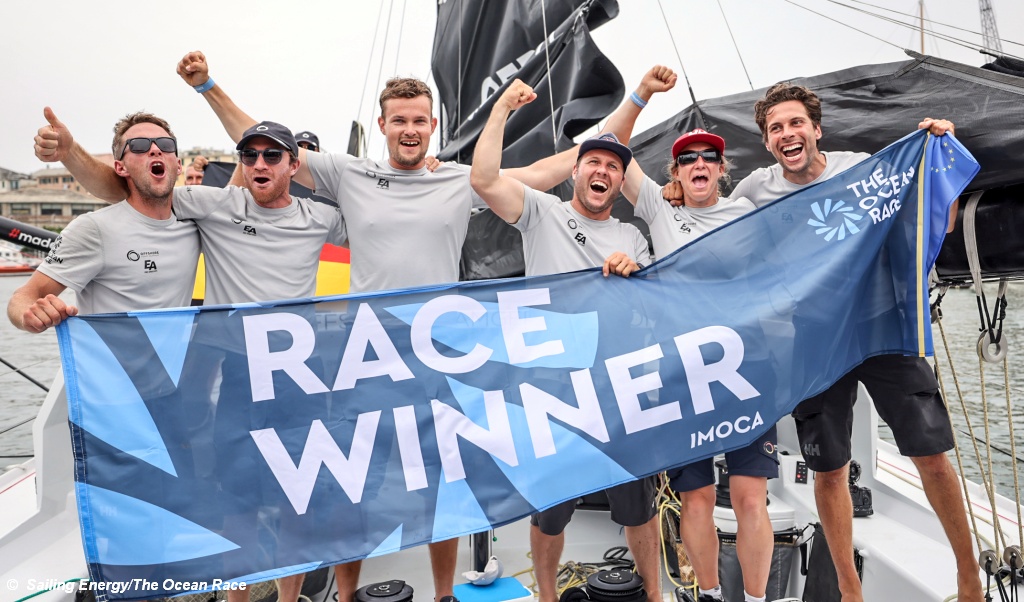 Meanwhile the battle for the overall top spot in the IMOCA class was decided in a near photo finish for second place in the coastal race between Robert Stanjek’s Offshore Team Germany and Thomas Ruyant’s LinkedOut.

Approaching the finish the German boat was under threat from the rapidly advancing LinkedOut – a team they would have to beat to avoid being relegated to third overall.

The two yachts were overlapped at the finish line but with Offshore Team Germany just holding on to win the race and the overall series by the smallest of margins.

The win for the 11th Hour Racing Team moved them up to second place overall in the IMOCA class, one point ahead of the French crew on LinkedOut who dropped to third overall.