Tom Slingsby and his Australia SailGP team were training on the USA Team’s F50 when they capsized during a training session.

The sailors all took cover on the raised starboard hull of the upturned F50 and no one was injured.

There was clear damage to the top of the wing, likely caused when it hit the surface of the water with some force and ended submerged. 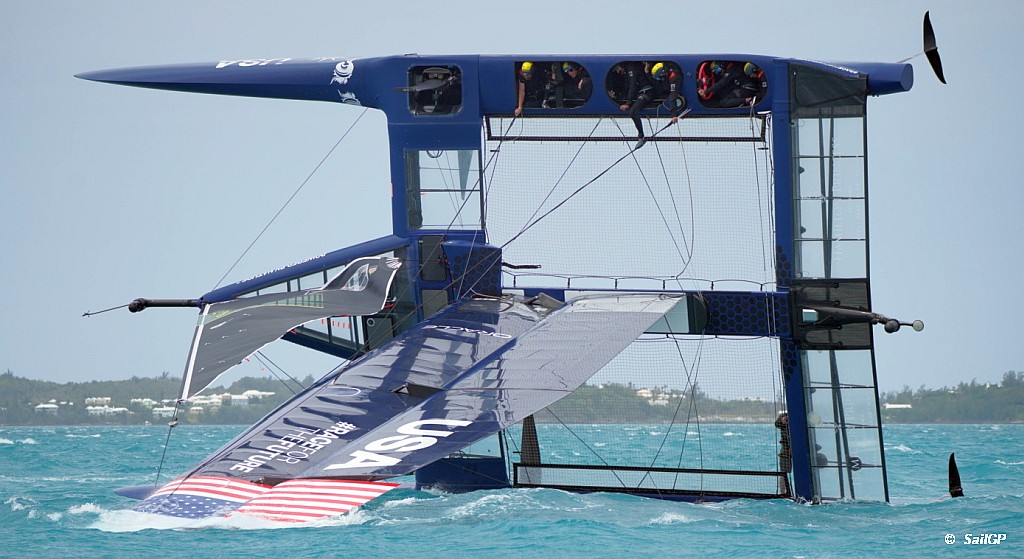 Jimmy Spithill and the US team have already been out on the water for pre-season training, but the helmsman will not be pleased by the state of his boat following Friday’s incident.

Tom Slingsby, Skipper of the Australia SailGP Team:  Jimmy, we believe we owe you a beer . . . or 10

There’s another week of training to go before practice racing begins on the Great Sound on Friday, April 23, with the racing to take place on the 24 and 25 April.