Ben Ainslie and INEOS Team UK finally managed to complete a race on the last day of AC75 practice racing.

Up against American Magic, Ainslie went for a typical full throttle flying start, but was penalised and then dropped off the foils in the tricky light breeze conditions.

Dean Barker on American Magic was then able to power away, leaving the Brits to take up the chase when they were released, but there was no chance to pull back in the conditions.

Yesterday, in light breeze, Britannia also had a problem to stay on their foils during the starting manoeuvres, when the other teams were managing, and it was on the tacks that Britannia looked vulnerable again today. 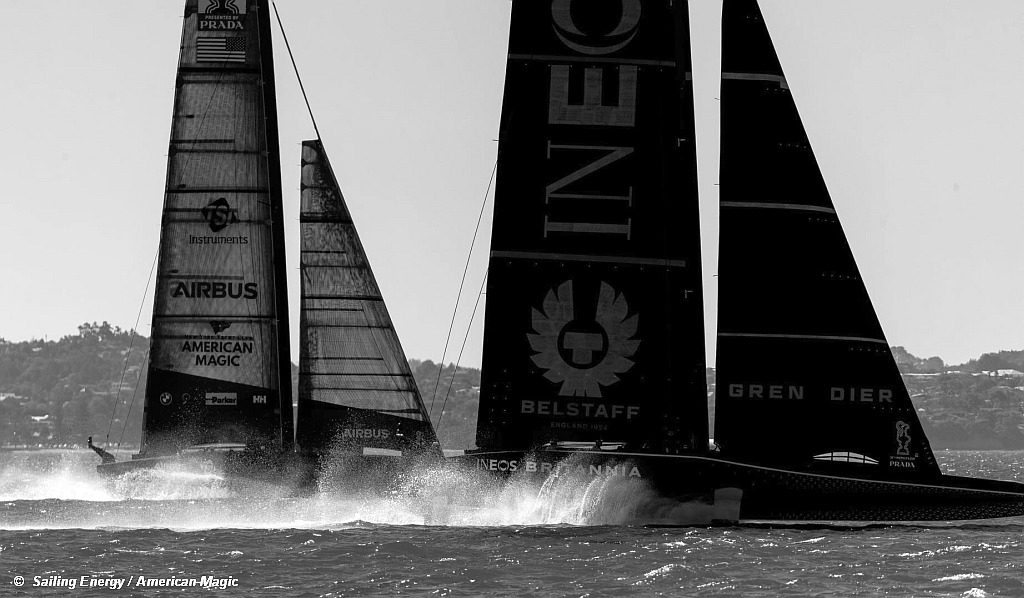 Throughout the earlier testing, in stronger winds, Britannia had looked to be on the pace, with their handling producing smooth tacks and gybes, now this possible light-weather vulnerability seems to be effecting the crews boat handling.

They have dumped the much-vaunted cranked foils and are back to a standard anhedral set-up, but it has not provided the answer to the light wind foiling problem.

Hopefully, they have another set of foils in manufacture that will give them a lift.

Dean Barker and American Magic rounded off a good day with a win over the Kiwi team, which even in this non-combative format must have given them a confidence boost.

Earlier the Cup defenders had taken a win over Luna Rossa. 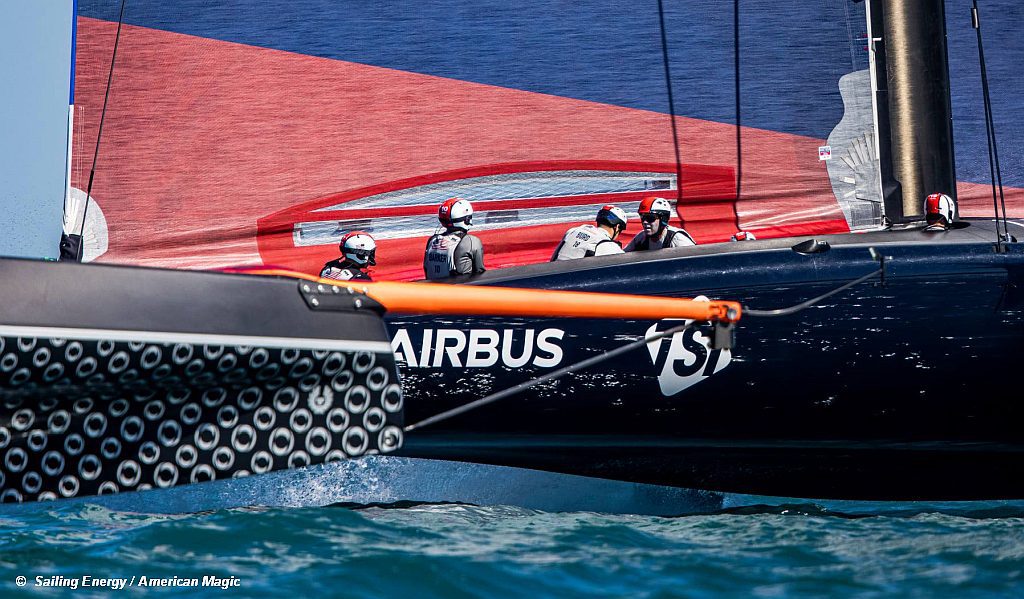 These practice sessions were mainly to allow the race management to test their race and media procedures ahead of the ACWS/Christmas race series.

The racing, while interesting, as the first meeting of the defender and the challengers, has been something of a damp squib. Although it might have given the Ineos Team some food-for-thought!

It is all eyes down for the real(ish) thing, with the ACWS racing starting on Thursday 17 December, when Ineos Team UK will face American Magic in the second race on day 1 and then Luna Rossa in race 3.

Although there is nothing really at stake in the ACWS/Christmas Race, a good performance would settle the nerves of the British AC fans, badly spooked by the problems of the past week, and a growing feeling that it is beginning to look like a rerun of Bermuda.