The official opening of America’s Cup Race Village commenced with a small Dawn Ceremony to bless the Auckland harbour-side village.

The dawn village opening was closely followed up by the official opening ceremony of the PRADA America’s Cup World Series and PRADA Christmas Race hosted by COR 36 with a Powhiri, a traditional Maori welcome to the overseas challengers, led by Ngāti Whātua Ōrākei.

The opening of the first AC36 lead up regattas was concluded with the introduction of the four teams and their crew by the words of America’s Cup legend Bruno Trouble from COR36: 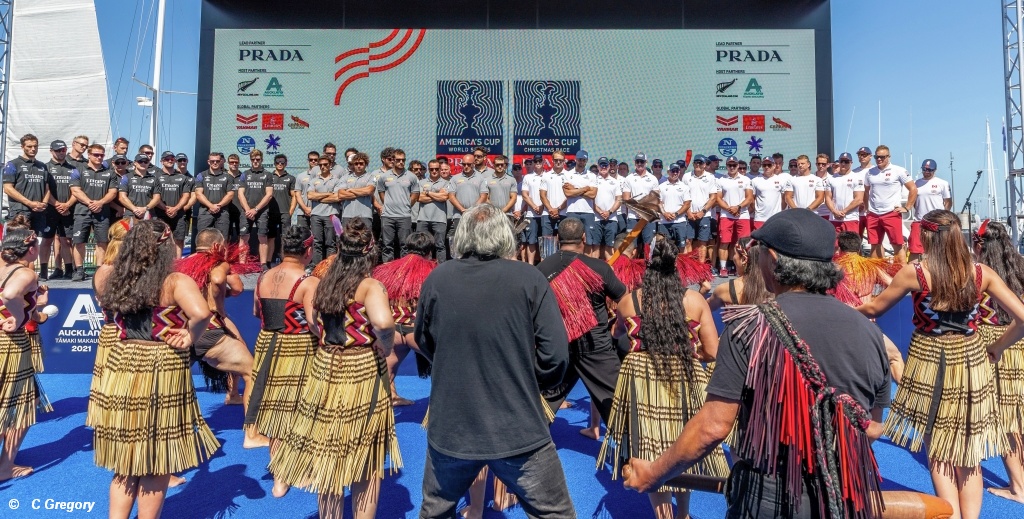 At the end of the ceremony the four teams headed back out on the water for one final day of practice racing before the start of the PRADA ACWS Auckland on Thursday 17 until Saturday 19 Decmber.

The PRADA Christmas Race is on Sunday 20 December.