Setback for Giles Scott as New Zealand’s Josh Junior extendes his lead in the Finn Gold Cup to 16 points, with just the medal race to sail.

Junior now has a 21 point lead ahead of Scott who slips to fourth place overall and out of contention for the title.

Two of three races scheduled were completed with Day 4 leader Junior picking up a 18, 8 and Nicholas Heiner, from The Netherlands, finishing 8, 3.

Heiner’s third place in race nine moved him up into second place and a chance of gold if he can outwit Junior in the medal race.

The battle over the other medals will be decided between Heiner, third placed Zsombor Berecz, Scott, and New Zealand’s Andy Maloney. 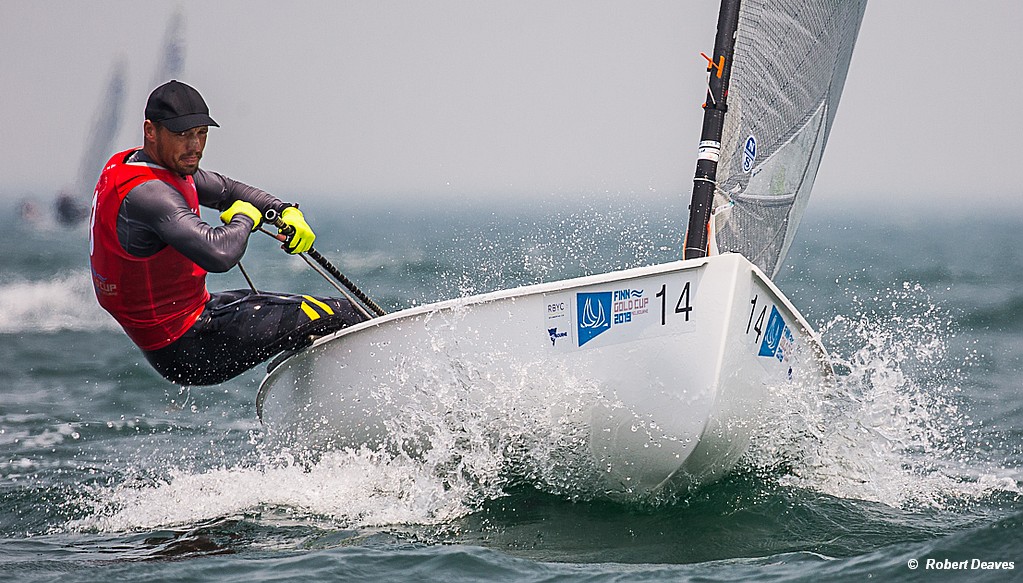 Berecz won the first race of the day, leading the race from start to finish.

He battled throughout the first lap with Britain’s Ed Wright, who dropped back to seventh at the end, while Australia’s Jake Lilley had his best race of the championship so far and finished second.

Race 9 also got underway the first time in 13-15 knots with Spain’s Joan Cardona leading at the first top mark ahead of Australia’s Oliver Tweddell and Heiner.

By the bottom gate Alejandro Muscat, from Spain, had taken over the lead with Turk, Alican Kaynar, in second and Cardona back in third.

Kaynar built his lead at the final top mark to take out the race win with Cardona crossing in second ahead of Heiner.

Hot racing was on the cards for the penultimate day on Friday with Melbourne putting on one of its hottest December days on record and with Saturday’s medal race top ten to be decided.