Can the MACH 2.5 save the International Moth?

Worldwide International Moth fleets have exploded in the last 10 years peaking with the biggest ever Moth fleet at a World Championship – 226 boats on Lake Garda in 2017.

Now, in a dramatic turn around the class heads back down under for the World Championship in December, and Perth Western Australia is set to up the anti with a fleet of more than 120 expected, bolstered by a large influx of new MACH2.5s from around Australia and other parts of the world.

It has been an amazing journey for the MACH2, one of the leading brands of the Moth dinghy. In 2008 Australian designer Andrew McDougall sat on a rock after the Weymouth Moth Worlds looking for a game changer – and to his credit, he found one!

During 2008, Amac as he is widely known, set about designing a platform around efficiency, that would allow an elite sailor to get the most out of the boat for longer periods of time, and increased usability for the remaining majority of sailors.

As a result, the MACH2 was born – a production foiler with the latest technology and accessible to anyone who wanted to be at the top end of the Moth fleet.

The strength for the Moth at the time was it essentially became a box rule based around the MACH2, which consistently held about 90 per cent of the World’s fleets up until recently when more options became available in local markets – it was a class pioneer in that sense.

Amac says the re-birth of the class has come from the accessible nature of a production-focused foiler, with the continued focus of MACH2 aimed at providing a fantastic basis for any Moth sailor, or for a new sailor looking to get into the Moth fleet.

Since the 2017 World Championships at Lake Garda, Amac and his team has undertaken a complete facelift for the MACH2.

The next 18 months saw Nathan Outteridge win the 2018 Moth Nationals at Wangi on Lake Macquarie, on prototype gear, prompting Amac and the MACH2 team to tweak up the prototype rig and foil and allowing for full production to commence on the MACH2.4.

These upgrades resulted in the new MSH5 Decksweeper Sail (lower rig) and the 2.41 main horizontal foil, which was designed as an all-round solution to early foiling and strong top-end speeds.

The development then continued late last year when Amac embarked on a new aero kit around the wing bars and tramps, bringing a rigorous multi-year planning stage to fruition that bore the formula he had always wanted to implement. 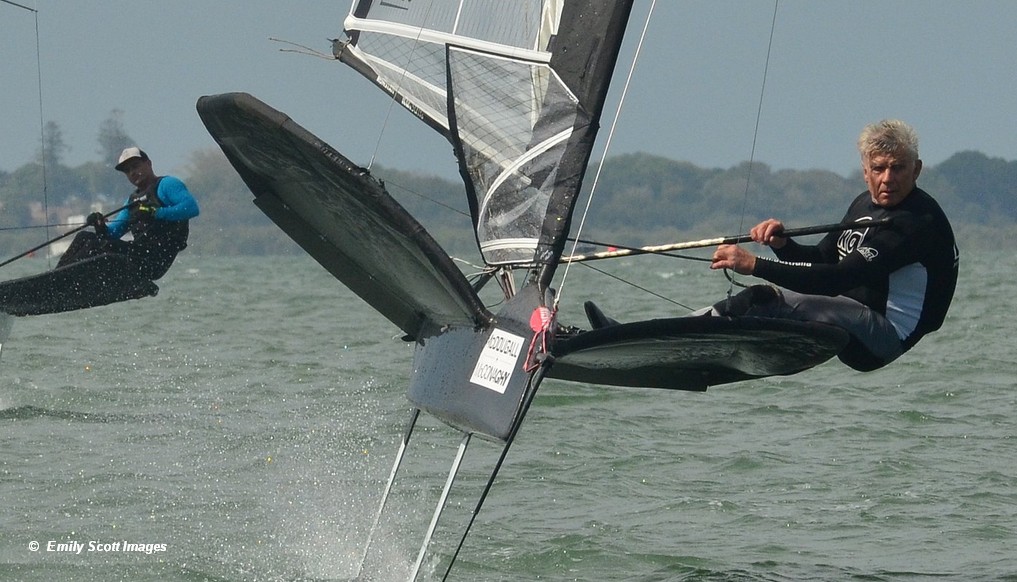 Donning a prototype that combined the MSH5, the 2.41 main foil and 2.5 aero kit for the 2019 Australian Moth Nationals in Brisbane, the 63-year-old made an immediate impact – faster and higher upwind than his younger and much more nimble competitors.

Now, 10 years on from the genesis of these ideas, the revolutionary MACH2.5 is here, and comes available complete with:

The new MACH2.5 will be on display at The Foiling Week at Fraglia Vela Malcesine from 11-14 July. Come have a look at this impressive machine and talk with Amac himself about the 10-year development journey of this innovative product.

Head to the MACH2 Boats website for more info on the new MACH2.5.

Racing got underway on day 2 at Radial Youth Europeans