You wait and wait and then along come three Olympic class championships together.

Olympic Class Sailing Returns to the UK . . . with not one, not two, but three European Championships!

The Nacra 17, 49er and 49er FX European Championships will be held at the Weymouth and Portland National Sailing Academy, the first Olympic class racing in the UK since the last Sail For Gold event back in 2016.

UK Sport has provided National Lottery funding for the regatta, and WPNSA will host the racing from Monday 13 to Sunday 19 May.

This is something of a bonanza for British Olympic sailing fans.

The last 49er European Championship took place at Weymouth in 2006. The 49erFX and Nacra 17 classes have never held a European or World Championship in the UK.

The event comes at a crucial time of the Olympic cycle, with a number of nations, including the British, using it as a selection event ahead of the final Olympic sailing test regatta at Enoshima, Japan, in mid August 2019. 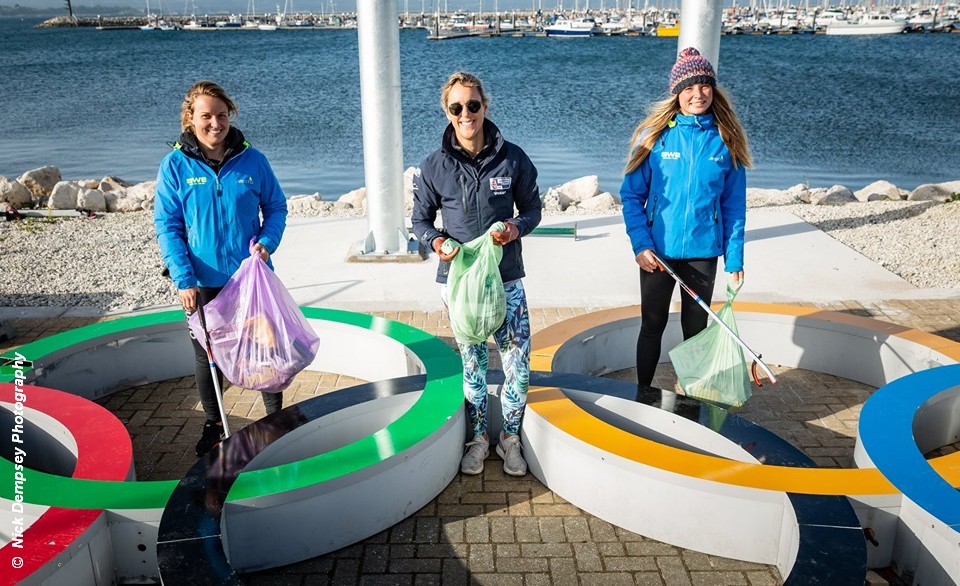 With the 470 (San Remo) and Finn (Athens) classes also holding crucial championships at venues in Europe this week, it looks like crunch time for British Sailing Team members, and decision time for the RYA Olympic Selection Committee.

Britain’s top Olympic sailors will aim to capitalise on their home advantage when they take on the world’s best here in Weymouth.

With and entry of 215 boats expected to take part in the three championship the regatta is one of the largest in the 2019 calendar.

British Sailing Team competitors will have two targets this week.

To win a European title and to lock-in selection for Team GB at Tokyo 2020, and that Olympic slot could be the more important thing on their mind as they go afloat this week.

And the GBR front runners to look for include:

Overall the Brits will face the worlds best including:

To signify the importance of this event at WPNSA – the London 2012 sailing venue – the original Olympic rings from that event have been given a refresh.

470 Open European Championships - Mills and McIntyre back on top