Ian Williams and his Team GAC Pindar crew from the UK won the initial round robin stage of the 69th Argo Group Gold Cup and advanced to the Quarterfinal Round as the No. 1 seed.

Williams’s crew posted a 4-1 record Wednesday after Tuesday’s 5-1 mark to advance with the top score of 9 points from 11 races.

After yesterday’s racing Williams said it was important for the crew to advance to get some needed rest. After Wednesday’s tight racing, the day off will be a welcome respite.

Williams is joined in the quarterfinals by Australians Torvar Mirsky and Harry Price and Johnie Berntsson of Sweden.

Mirsky finished the round robin at 8-3, the same record as Price, while Berntsson advanced with a 7-4 record. Mirsky wound up the No. 2 seed because he beat Price in their match yesterday. 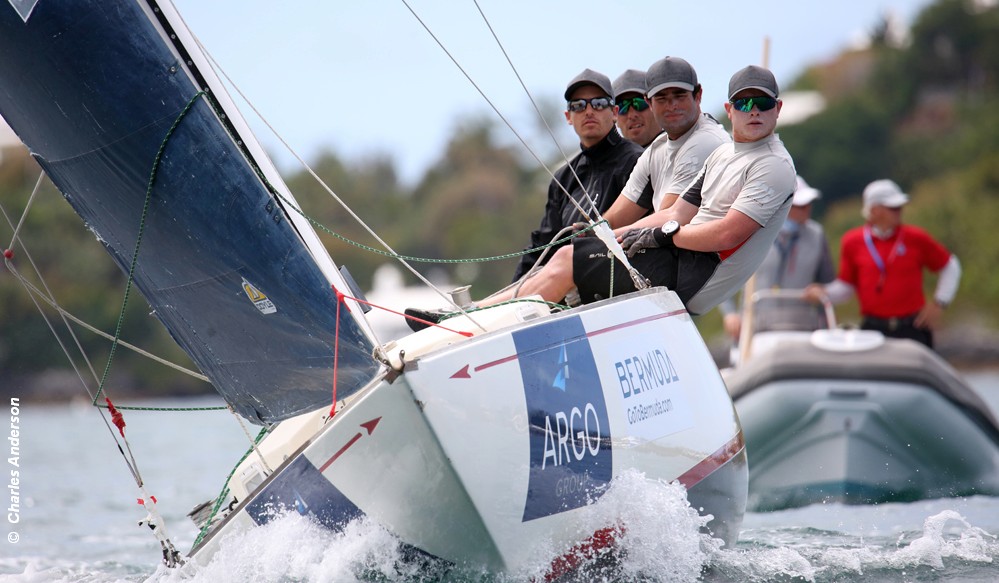 The conditions Wednesday were in contrast to Tuesday. Instead of a northwesterly wind blowing across Hamilton Harbour the wind was out of the east, meaning it was blowing the length of the harbour. There were still shifts of up to 30 degrees but the strength was a bit steadier at 8 to 14 knots.

The on-water umpires issued 14 penalties Wednesday, nine less than Tuesday, and while Mirsky mostly excelled he stubbed his toe against Bermudian Kelsey Durham, who defeated Mirsky for his first victory in a professional match racing regatta.

Durham and crew won the start and fended off Mirsky around the first lap, and then extended around the second lap for what turned out to be an easy win.

Day 1 of the 470 Open European Championship