Miles Quinton’s Gill Race Team, with Geoff Carveth at the helm, won the Corinthian division of the Melges 24 European Sailing Series at Malcesine on Lake Garda.

The British team placed fifth overall in the second event of the European Sailing Series after stormy weather caused Sunday’s racing to be cancelled.

Overall victory went to Gian Luca Perego’s Maidollis, that less than one year ago, on the waters of the neighboring Riva del Garda, put the seal on the Melges 24 European Championship with Carlo Fracassoli at helm and Enrico Fonda calling tactics. 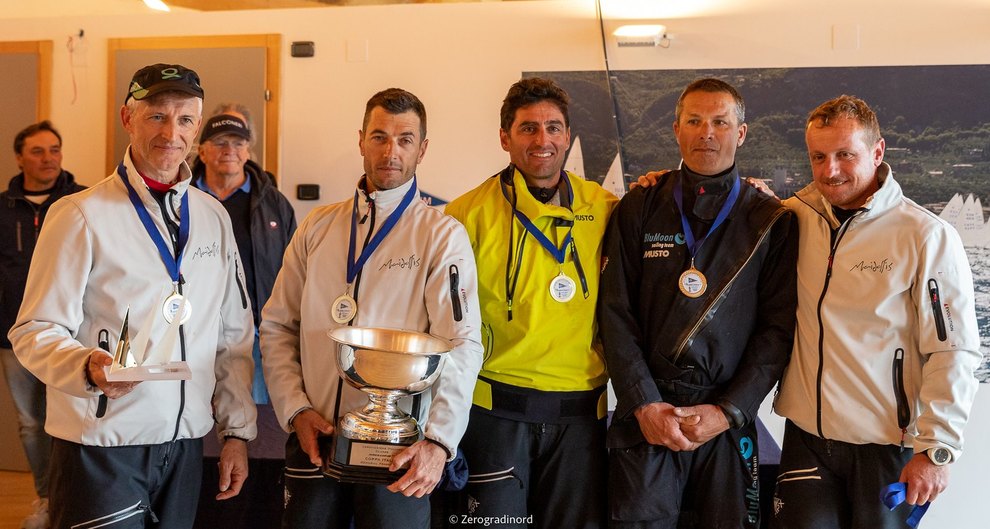 The podium of the event was completed by Altea of Andrea Racchelli and by Bombarda of owner and helmsman Andrea Pozzi, who had a stunning return in the Melges 24 Class, with a result that, as Pozzi himself declared, “went far beyond my own expectations”.

In the Corinthian division, Miles Quinton was followed by Marco Zammarchi’s Taki 4 with Niccolo Bertola helming and Lenny of Tonu Toniste.

The Melges 24 fleet now remains on the Lake Garda, where from June 7 to 9 will compete in the third act of the Melges 24 European Sailing Series in Riva del Garda.