The inaugural SailGP season has an innovative means of scoring that raises the stakes for the teams throughout the season, before culminating in a thrilling winner-takes-all climax to determine the overall victor for 2019.

The innovative scoring system insures that the winner of each event always finishes with the highest number of points and it is impossible to take the season title without winning the final event.

For all but the final event in Marseille, the format comprises a series of races over two days. For each race, teams will be scored from 10 points for a win, through to five points for sixth place. Scores will be accumulated throughout each event.

Then, for the final race of each event, only the top two teams will face each other. The winner of this last race will win the event overall.

If the winner of this race was not also leading on points going into the match race, they will be awarded one point more than the fleet racing leader. This ensures that the winner of each event always finishes with the highest number of points and makes it impossible to take the season title without winning the final event.

Marseille SailGP will be the final event of Season 1 and will differ slightly in that it will be a three-day event comprising a series of races, followed by a final race between the two highest ranked teams for USD $1 million.

In addition to winning the individual events, teams will see their scores accumulated throughout the season for an overall score.

This, added to their results from Marseille, will determine the two highest ranked teams, which will compete in one final winner-takes-all race. What sets SailGP apart is that the winner of the final event in Marseille is also the overall winner of SailGP Season 1. 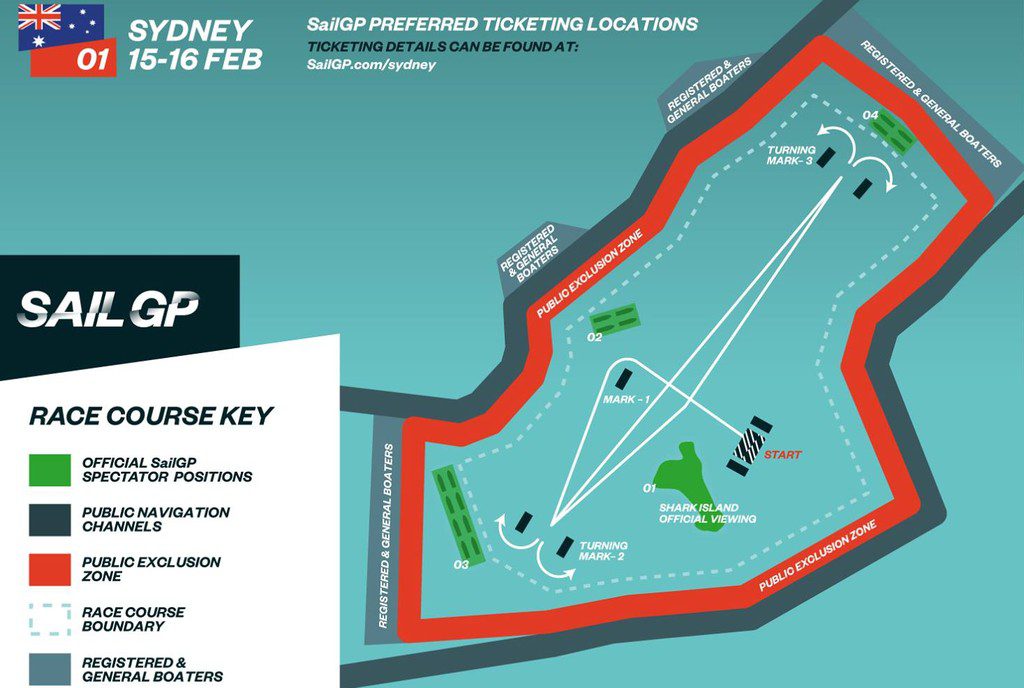 When it comes to the racing itself, the course will be a windward/leeward configuration, with one mark placed directly upwind from the start line’s center and the other directly downwind from the first mark.

Each start promises to be a blistering affair as the first leg takes the boats on one of the fastest points in sailing, a reach, to the first mark before the six-boat fleet then heads to the first downwind gate.

Given the right conditions, it is expected that the F50s will reach speeds in excess of 50 knots, which will make for an exciting first mark rounding.

Having rounded the first mark and then passed through the leeward gate at the bottom of the course, the fleet then heads upwind to a gate at the top.

From there, the fleet will return to the bottom gate once again and continue to race around the windward/leeward course until the designated laps have been completed, before heading to the finish.