Meanwhile – In the Golden Globe Race

The Golden Globe round the world race continues for the three remaining competitors, as they head for the finish at a steady 4 to 6 knots, with 2,500 nm still to go.

The two leading boats, Uku Randmaa (EST) and Istvan Kopar (USA) are within 433 nm of one another. The third competitor, Tapio Lehtinen (FIN) is 3783 nm from the leader Uku Randmaa.

Randmaa on his Rustler 36 One and All, has solved his immediate hunger problems by catching two large marlin during the past week, which should extend his meagre supplies of basic freeze dried food to the end of the race.

But he was forced to climb the mast twice to repair a broken running backstay, and in doing so, gashed a finger badly.

The deep cut has been festering since, which led him to seek medical advice from the GGR 24hr tele-medicine team at MSOS last weekend. He is now treating the wound daily and doctors are monitoring the situation.

Istvan Kopar, who is looking to take advantage of any situation to overtake Randmaa, is also fighting health issues. 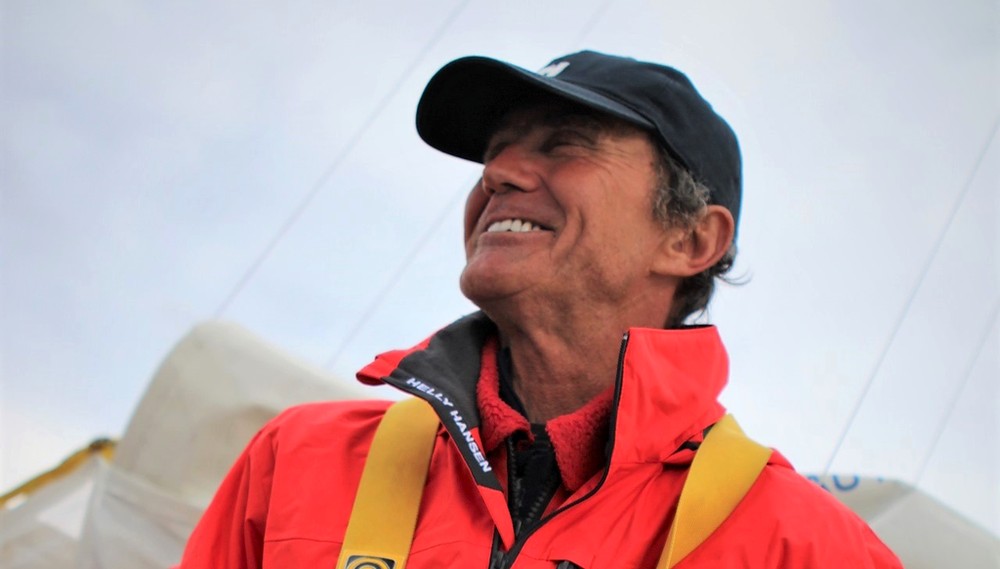 The American/Australian is suffering a recurring abscess under one tooth and a fungal infection under his nails.

He too has called on the MSOS doctors for advice and is now taking a course of antibiotics to combat the toothache and applying antiseptic cream to his digits.

He also reported on Monday, that black mould is now covering the interior of the boat. He could not ventilate the boat in hte southern ocean, and it has now become a serious health issue, which could weaken his resistance to infection.

Other issues onboard Kopar’s Tradewind 35 Puffin continue to centre on steering. The cogs within the gearbox linking rudder and wheel pedestal, are disintegrating and ‘jump’ whenever there is any load on them, so he has ‘retired’ the system and made up a new emergency tiller from scrap materials to replace the one that broke several months ago.

The big question is whether the tiller will last for the rest of the race. There is a wooden connecting piece which could break under load and he has no more epoxy resin.

While Finland’s Tapio Lehtinen, running in 5th place aboard his Gaia 36 Asteria, rounded Cape Horn on 6 February, and has made most ground during the past nine days despite the barnacle infestation on his hull.

He will need to keep his wits about him during the days ahead, first because of a huge fishing fleet – perhaps 150 trawlers – working the banks 100 miles east of Puerto Deseado, Argentina, directly ahead of Asteria’s, course. The second issue are calms forecast to descend on this region Thursdayw, which will slow his progress north.

RORC goes with the trend at April's Easter Challenge